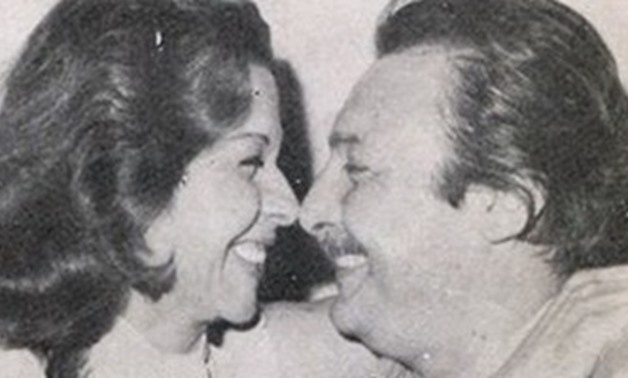 CAIRO – 5 December 2017: Samia Gamal is one of the most prominent Egyptian belly dancers in the golden era of Egyptian cinema.

She was born in 1924 in Wana Al Qiss village in Beni Suef governorate as Zeinab Khalil Ibrahim Mafouz. Gamal was interested in dancing from a young age. She loved to watch the movies of renowned belly dancer Badiaa Masabni and other famous dancers at the time.

One day, when she was about 15, Samia told the owner of a café where she was sitting that her biggest dream was to become a great dancer and work with Badia Masabni. The owner of the café knew Masabni and offered to introduce Samia to her.

Gamal started working at the Badia Masabni Opera Casino. Masabni decided to give her the name Samia, as she thought that Zeinab was not a suitable name for a dancer. Gamal was the name of the café owner who introduced her to Masabni.

Samia did not succeed in her first solo dance performance. Later, she became more determined to succeed and decided to take private dancing lessons with the famous Lebanese choreographer at that time named Isaac Dickson.

After a series of lessons with Dickson, Gamal gave a great solo performance and started a successful career.

Gamal performed in more than 50 movies during her career, spanning from the 1940s until the early 1960s. She is well known for her performances in the movies “Kull daqqa fi qalby” (Every Beat of My Heart), “Maweed maa maghoul” (A Date with the Unknown), “Gharam al-miliunayr” (The Love of the Millionaire)” and “El Ragol el Thany” (The Second Man).

She was known as the brunette of Egyptian cinema. Gamal created her own unique dancing style, a mix of oriental and modern dancing technique.

Being a bold and innovative artist, she was the first to dance barefoot. One night, when one of her shoes broke and slipped off during a performance, she quickly ripped off the other one as well and danced barefooted.

The audience applauded and admired the act, showing much respect for her bravery. It was said that the next evening all the dancers in Cairo nightclubs performed barefooted. A new trend was invented by Gamal.

Gamal had a long, romantic relationship with singer and composer Farid El Atrache, but the two never got married, because he was from a royal Syrian family and it would have been shameful for a royal to marry a belly dancer.

After she broke up with Farid, Gamal married a rich American man named Shepherd King, who converted to Islam for her sake. She moved with him to Houston, Texas. The marriage only lasted for a year, and after the divorce, Gamal returned to Egypt. Her second marriage was with famous actor Roushdy Abaza. Her marriage to Abaza was her longest one, lasting for 18 years. She loved Abaza more than life itself, even despite all his flaws.

Gamal was honoured in Toulouse for her contribution to the beautiful art of belly dancing. She died in 1994 at the age of 70, after a 6-day coma in a hospital in Cairo.