Orchestra dedicates symphony to victims of the Rawda attack 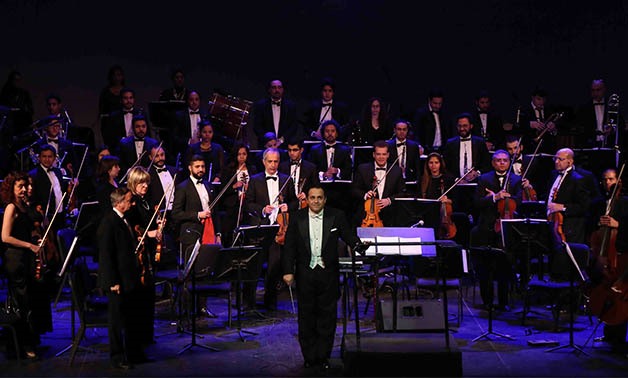 CAIRO – 28 November 2017: The Cairo Symphony Orchestra will perform a piece titled “The Last Hymn Prayer” by legendary Rageh Daoud on Saturday, December 2, 2017, dedicated to the worshippers who fell victims of the recent terrorist attack at Al-Rawda Mosque in Sinai last Friday, November 24.

Head of the Cairo Opera House, Enas Abdel Dayem, will be playing flute in the performance alongside other musicians including Amr Emam on the clarinet, Khaled Dagher on the cello, Nesma Darwish on the Marimba, Mohamed Makhmer on the piano, Hany El Badry on the Ney, Saber Abdel Sattar on the Qanoun, Mahmoud Abdel Fattah on the Oud, Teddy Fahmy on the bass guitar, Hazem Abdelkader on the drums. The singers will be Ahmed Zaki and Nehal Nabil.

Daoud has dennounced the terrorist attack, mentioning in the statement that music is one of the forms that expresses humane feelings and sorrow. He added that his symphony will be dedicated to the victims of the terrorist attack at Al-Rawda Mosque, whom he described as “angels”.


Rageh Sami Daoud is a renowned Egyptian musician whose works have appeared in various iconic and culturally significant films and events. He joined the Cairo Conservatoire at nine years of age, studying piano. He continued his studies at the Conservatoire in different kinds of composition and Arabic music theory, and graduated in 1977.

He taught at the Conservatoire starting from 1978, and wrote orchestral compositions, chamber compositions, and piano pieces. Daoud received a scholarship from the prestigious Vienna Academy of Music in 1981, where he continued his studies until he graduated in 1988 with a Master of Arts degree.

After he returned to Egypt in 1988, Daoud returned to teach at the Conservatoire as a professor at the Department of Composition and Conducting. His works have been performed in Egypt, Europe, and North America.

Daoud has received many prizes, including the National Film Festival for Feature Films in Cairo and the Alexandria Film Festival for his work on music used in acclaimed Egyptian films. He founded and conducted the Ministry of Culture’s Chamber Orchestra, and he is the current Chairman of the Committee for Music, Opera, and Ballet in the Supreme Council of Culture. He has participated in different music panels at various events.

Rageh Daoud’s compositions are characterized by their contemporary sound and depth and the brilliant combinations created by the different instruments in a calculated manner.

Al-Rawda attack moved him to create a piece expressing the deep sorrow and grief of the Egyptian people and honoring those who lost their lives.