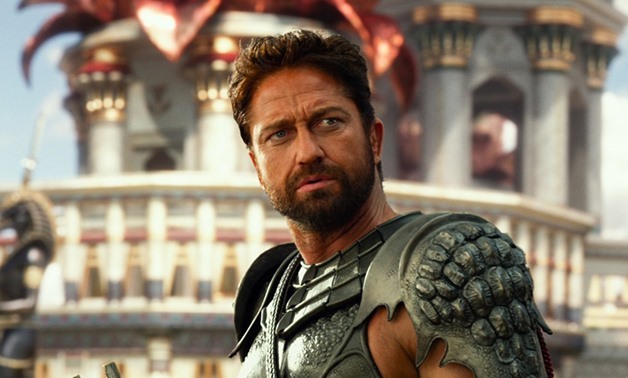 Gerard Butler in Gods of Egypt - press photo via Lionsgate

Cairo - 22 February 2017: Hollywood film company Action Film International announced the production of a new movie depicting Ancient Egypt, with an all Egyptian cast and crew, according to a press releaseon Feb. 10.

The Chosen Guard stars Egyptian actor and martial arts professional Yousef Mansour, who will also be writing the movie and co-directing with American Courtney Miller.

According to the press release, the movie tells “a modern day story about Sabaa, a man who is chosen by the ancient Pharaohs to defend the Golden Temple, the last unopened relic in Egyptian antiquity.”

The casting can be seen as a serious step forward in dealing with the “whitewashing” controversy that has troubled Hollywood films for decades, recently brought back into the spotlight by the casting of Alex Proyas's

in 2015. The action-adventure film, based in Ancient Egypt, was criticized for its all-white cast.

Hollywood movies such as Exodus: Gods and Kings (2014) featuring Christian Bale as Moses, Noah (2014) with Russell Crowe, The Passion of the Christ (2004) with Jim Caviezel as Jesus and others have been criticized for overlooking the fact that Middle Easterners are not all white.