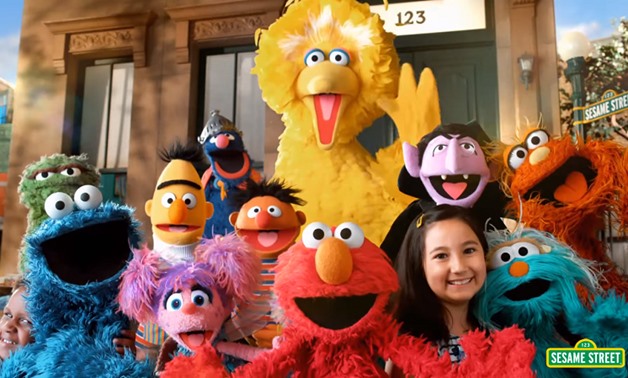 CAIRO – 10 November 2017: On November 10, 1969 the day the world saw its first episode of Sesame Street, an American educational program that would grow to be a joyous worldwide sensation that would delight and inform children everywhere.

It all started with a dinner party in 1966, hosted by Joan Ganz Cooney, a former documentary producer. When a guest remarked as to how his young daughter was so attached to their Television, he pondered if there was anyway TV could be used as an educational force. That guest was the vice president of the Carnegie Corporation, Lloyd Morrisett, and the two agreed that there was a dearth of programming available for preschoolers. Thus, Cooney came up with the Children’s Television Workshop in 1968, funded by Carnegie, with the intention of preparing young children, particularly those underprivileged, to be able to enter preschool.
From this workshop, Sesame Street was born.

Sesame Street broke new ground at the time of its airing. It featured a diverse cast amongst various social and racial backgrounds all living together in an inner-city setting modeled after real areas in New York. The show primarily focused on various sketches that were short and easy to absorb for children, featuring a wide range of characters that ranged from celebrity guest stars to the show’s most beloved feature, The Muppets.

Cooney hired Jim Henson to design a series of puppet characters for the show, which were originally intended to be part of their own sketches separate from more realistic settings. However, the child audiences loved seeing the Muppets on the street, leading to them becoming the central characters. Characters such as Big Bird, Bert and Ernie, Oscar, Grover, Kermit the Frog and Cookie Monster were amongst the original Muppets created for the show, and were designed according to various needs. As the years went on, beloved new characters would be introduced, with Elmo, the modern face of Sesame having been introduced in 1980.

Along with handling basic educational topics such as counting and the alphabet, Sesame Street was also renowned for its daring honesty in tackling difficult topics, explaining harsh realities such as racism, divorce, natural disasters, grief and trauma in an easy to understand way that did not talk down to its audience.

Since it first premiered, Sesame Street has become the most successful children’s program of all time, winning well over a hundred Emmy Awards and becoming a cultural landmark that multiple generations can credit for inspiring their minds to learn and imagine.