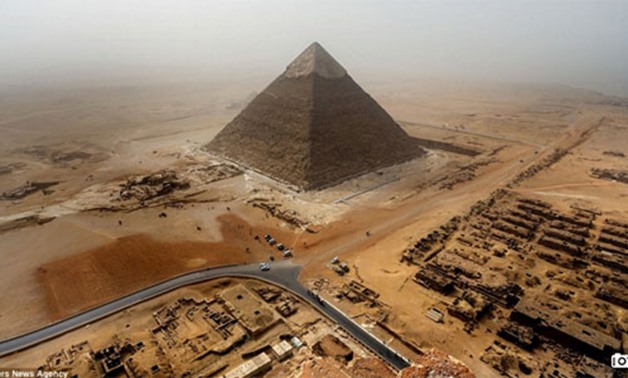 CAIRO – 5 November 2017: An international seminar about the recently discovered gap in the Great Pyramid of Giza will be held in the upcoming period, according to Minister of Antiquities Khaled Anani.

In a statement on Sunday Anani said many archaeologists and Egyptologists will review different explanations for the newly-discovered gap.

Discovered by the international Pyramid’s Scan project, the pyramid’s gap was found by a team consisting of a number of archaeologists from the U.S., Germany and the Czech Republic as well as Egyptian experts.

The prominent Egyptian archaeologist Zahi Hawas is leading the committee to commence its long-term experiments in the pyramids.

Recently, several archaeological discoveries have been unearthed in Egypt including biggest cemetery for pets in Berenike on the Red Sea coast, a 4000 year old obelisk and a wooden head artifact from the sixth dynasty in Saqqara.