Directed by Alan Schneider, written by Samuel Beckett and starring Buster Keaton, “Film” is an experimental short movie that is totally silent. It follows Keaton’s character as he attempts to escape the gaze of an all-seeing eye, which is impossible due to the circumstance of his very existence.

“Bring me the Head of Tim Horton” is the brainchild of Canadian filmmaker Guy Maddin and is advertised as a making-of documentary of an entirely different fil:, “Hyena Road” (2015) by Paul Gross. Here Maddin lies on his back, playing a dead Taliban soldier, and satirically comments on how commercialized the film industry is while also critiquing the war on Afghanistan and Canada’s role in the violence.

These films will be screened as part of Cimatheque’s October program “Beyond the Frame: Defining Alternative Cinema.”

Bring Me the Head of Tim Horton 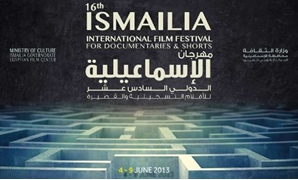