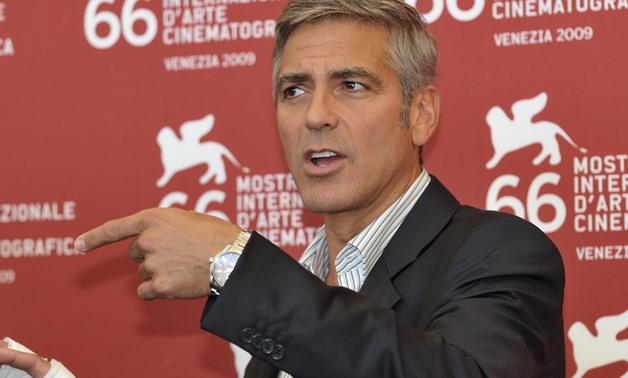 CAIRO – 21 September 2017: September 21 marks the day Hollywood superstar George Clooney debuted in the sitcom “The Facts of Life,” a humble start to what would become a magnificent career.

Premiering in 1979, “The Facts of Life” followed a group of girls at a boarding school who dealt with the issues of life as teenagers. Clooney starred as handyman George Burnett, a slacker who hangs out with the girls and an overall minor character. Clooney was on the show for 17 episodes, which was just enough to get him noticed as an upcoming acting force.

He would also have guest appearances on another sitcom, 1988’s “Roseanne,” which starred John Goodman and followed the life of an average American family through all their ups and downs. He wasn’t a major character here either, starring in only 11 episodes as manager Booker Brooks.

Through the early 1990s Clooney was able to find work in various movies and TV series, though he feared he was trapped in mediocre roles, unable to really reach the full potential of his skills. He worked hard and managed to find work in Hollywood but still wished for something greater.

Everything changed in 1994 when the rising star became part of “ER.”

In his first truly major role, Clooney played the compassionate and handsome Dr. Doug Ross in the famous medical drama watched by millions. His natural charm attracted the attention of executives and turned the once-minor actor into a breakout hit.

Clooney managed to star in multiple film roles while working on “ER,” a testament to his incredible work ethic. He starred in Quentin Tarantino’s “From Dusk to Dawn,” alongside Jennifer Lopez in “One Fine Day,” and even became the Dark Knight himself (Batman) in 1997’s infamous blockbuster “Batman and Robin.” Clooney would eventually retire from ER to follow acting as a full-time career.


With the dawning of the new millennium came even greater roles for the rising star. In 2001, Clooney was the lead role in “Ocean’s Eleven,” starring alongside Brad Pitt, Matt Damon and Julia Roberts. The thrilling casino-crime caper made over $450 million in the office and spawned two sequels and an upcoming all-female spinoff.

Clooney even took up the director’s seat himself in 2002 with “Confessions of a Dangerous Mind,” starring Sam Rockwell and Drew Barrymore about real life game-show host Chuck Barris, who claimed to have worked for the CIA as an assassin, leading an outrageous double life in a well-received and stylish directorial debut.

Outside of Hollywood, Clooney took up social activism, using power and money to help those less fortunate and serving as one of the United Nations Messengers of Peace since 2008.

With 89 awards under his belt, including two Academy Awards, Clooney reached heights he could have never possibly imagined back in 1979, when he was a simple guest star on a TV sitcom.