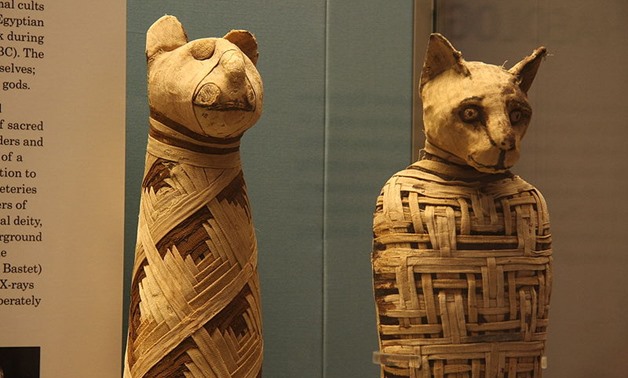 Ancient Egyptian Animal Mummies at the British musuem via Wikimedia

CAIRO – 14 September 2017: An exhibition at the Brooklyn Museum titled “Soulful Creatures” aims to shed light on a mysterious aspect of Ancient Egyptian culture; mummified animals, preserved with just as much reverence as humans.

Running from September 29, 2017 until January 21, 2018, "Soulful Creatures: Animal Mummies in Ancient Egypt" features select examples of interesting animal mummies such cats, snakes, birds, dogs and other animals such as baboons.

The exhibition provides theories as to the exact significance animals held in Ancient Egyptian culture, and presentations that provide a detailed look at the preserved animals, with guides to the preservation rituals and techniques.

Even ancient frauds are included, showing how scrupulous priests would have fooled worshippers by selling false mummies or misidentified animals. More than just a look at animals, the exhibition provides an insight into a fascinating aspect of Ancient Egyptian beliefs.

“It is thought there were four main reasons for mummifying animals – to be worshipped as manifestations of certain gods, act as offerings to them, provide food in the afterlife and allow beloved pets to live on in the afterlife,” the Daily Mail stated.


Adding that, “Cats were mummified as religious offerings in enormous quantities and were believed to represent the war goddess Bastet, while dogs sometimes represented jackal deities such as Anubis, who was associated with mummification and the afterlife.”