Today in the history - Lascaux Cave discovered by 4 teenagers 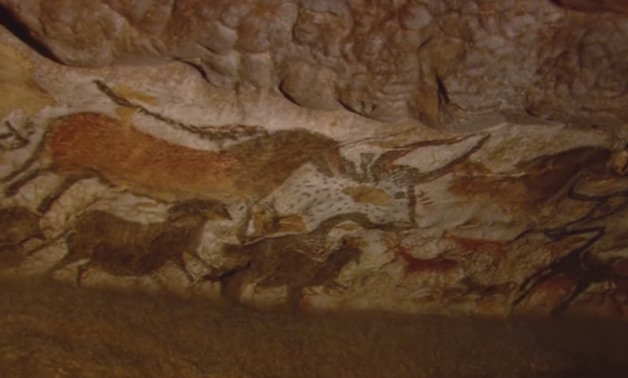 CAIRO – 12 September 2017: September 12 marks the date the Lascaux cave paintings were discovered, in 1940 above the Vézère River valley near Montignac, France, by four teenage boys who stumbled upon the ancient artwork after following their dog down the cave’s narrow entrance.

Studied by French archaeologist Henri-Édouard-Prosper Breuil, the cave refers to the Upper Paleolithic period when it was believed to be used as a center for hunting and religious rites.

The walls of the cavern are decorated with the paintings of 600 drawn animals and symbols, among which four are the most remarkable aurochs (extinct wild ox of Europe), alongside with nearly 1,500 engravings. Only one painting of a human in the form of a bird-headed man is depicted in the cave.

It was designated a UNESCO World Heritage site in 1979.

It opened to the public in 1948, but due to the large number of visitors and the use of artificial writings causing the growth of algae, bacteria, and crystals, it was closed down in 1963.

In 1983, a partial replica, Lascaux II, was inaugurated in proximity to the original one for public viewership.