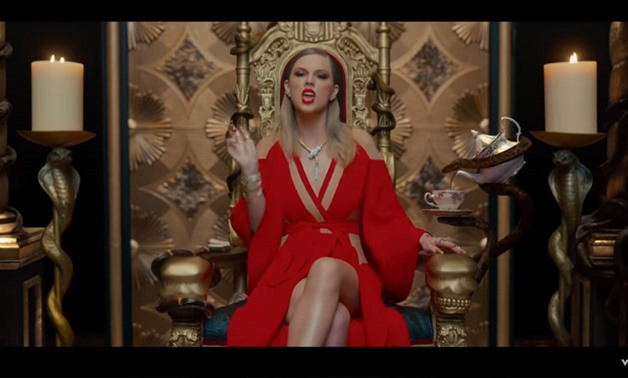 CAIRO – 29 August 2017: Taylor Swift has smashed records on YouTube and Spotify with her latest music video 'Look What You Made Me Do'. On YouTube, the video had managed to reach 28 million views in under a day, the most ever in a day, and surpassed Adele who previously held that record.

On August 25, the song had been played over 8 million times on Spotify, more than any other song on its release day.

The video, now with well over 50 million views, features a villainous Taylor Swift as she raids a streaming service's bank, alongside other stylish imagery such as Swift on a throne being served tea by snakes. They serve as Swift's commentary on her detractors and the controversies she's faced throughout her career; her way of ‘biting back.’

'Look What You Made Me Do' is part of Taylor Swift's

, and has already proven that it's off to a smashing start.