The history behind the 25 piaster bank note 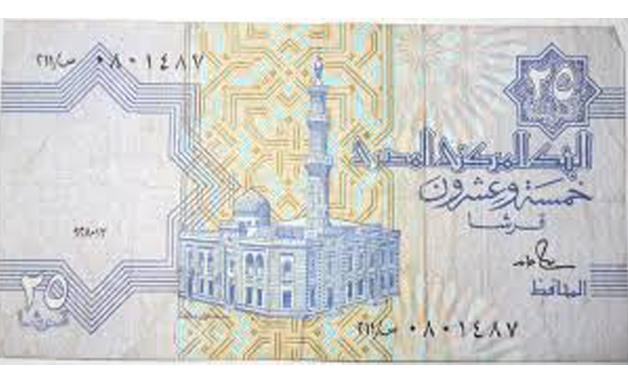 CAIRO – 26 July 2017: It is difficult to take a moment to observe what is actually written and portrayed on the money, especially when it is coming and going like SWOOSH.

In this series, we will take a moment and examine what the images depicted on the Egyptian pound bank notes are, why they “deserve” to be on the bank note and the history behind each monument.

You'll see there's a theme where the front side of the bank note represents an Islamic symbol while the reverse represents a Pharaonic symbol. This shows the strong efforts to preserve both Egypt’s pre-historic era and its Islamic history.

Although the 25 piasters bank note is currently smallest Egyptian pound bank note, there have been smaller notes through the Egyptian history. Egypt started issuing a bimetallic currency in early 1830s and introduced the Egyptian Pound known as geneh.

The 25 piaster bank note is roughly blue in color with the image of Sayeda Aiysha Mosque in Egypt in the front. The mosque was named after Aisha who is the daughter of Imam Jaafar Sadeq who came with her during the Fatimid Caliphate.

Located in the heart of Nasr city Cairo, Sayeda Aiysha Mosque embodies the Islamic history of Egypt and represents the role her honorable lineage to Prophet Mohammed and family played in conserving the Islamic culture in Egypt.

The Coat of Arms has been a representation of the Egyptian nation since 1914 during the Sultanate of Egypt, and has taken various forms until 1984 and took its current state.