Acquaint yourself with Tutankhamun’s golden throne CAIRO – 3 November 2022: One of the breathtaking artifacts found in Tutankhamun’s tomb is his golden throne made of gilded wood and decorated with colored glass and semi-precious stones. 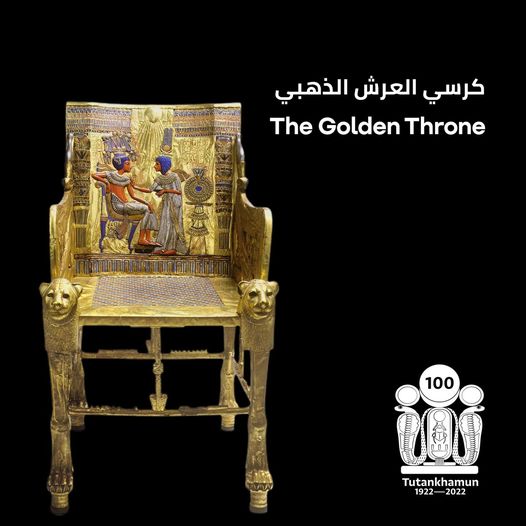 The most eye-catching part  of the throne is the decorated scene on its back. The spectacular scene portrays the royal couple under the rays of the solar disk. Tutankhamun is depicted seated on his throne, wearing an elaborate headdress and jewelry.

Tutankhamun’s wife, Ankhesenamun, is depicted standing while applying perfumed ointments to his skin from a cup in her hand. The queen is also depicted wearing an elaborate crown and jewelry.