How were the fetuses of Tutankhamun’s daughters discovered? 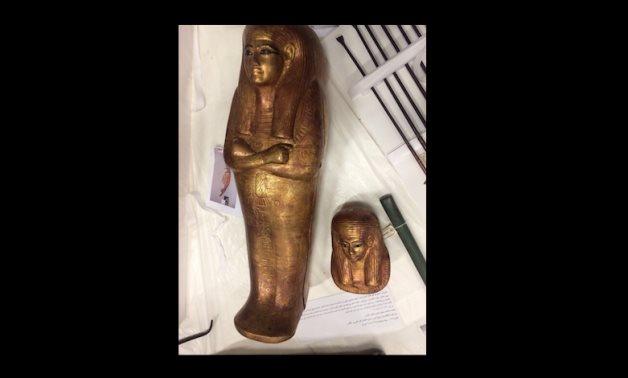 Inside these coffins were two small mummies. Carter was busy numbering the box 317 and studying its contents.

According to Archaeology, the mummies were not carefully examined until 1932, when they were dissected and photographed. At that time, they were identified as dead fetuses of two females.

However, the latest discovery about these two young girls was made by Sahar Selim, a Cairo-University radiologist who specializes in examining mummies.

A decade ago, Sahar Selim, as a radiologist in the Egyptian Mummy Project, examined the fetuses. This was the first time any embalmed fetus was studied using this technique, and although there is no evidence of the children's personal names they were identified only by golden stickers on their coffins bearing the name Osiris, the Egyptian god of the dead. They were actually the daughters of Tutankhamun and his wife Ankhesenamun. They were buried with their father after his death.

Although the mummies were badly damaged, specialist Sahar Selim found that the two girls died at 24 and 36 weeks of pregnancy and it was previously known that the older girl had her organs removed as is customary to prepare the deceased for embalming. Selim found an incision used to remove the organs as well as a packing material of the type placed under the skin of royal mummies to make them look more realistic.

The Archaeological Selections Unit at the Grand Egyptian Museum headed by Nassef Abdel Wahed traced the history of the embryos until their location was identified at the Faculty of Medicine.