King Psusennes I, the Silver Pharaoh 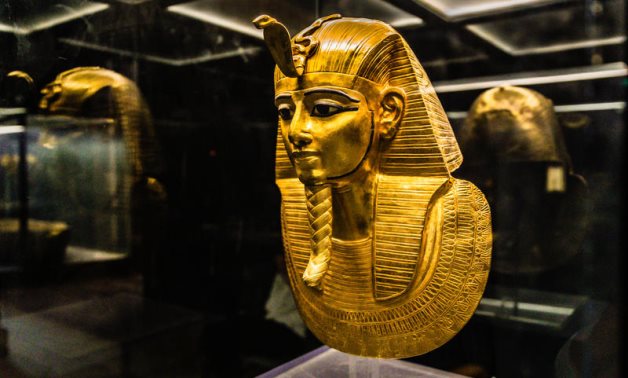 Psusennes I, photo via KAL369/DeviantArt

CAIRO – 24 October 2022: The Egyptian Museum in Tahrir houses distinctive belongings of ancient Egyptian pharaohs and kings, including a ring of King Psusennes I, which is made of gold and precious stones and bears a cartouche with his name. The ring is made of gold and semi-precious stones. It was found in Tanis, Sharkia Governorate, and it dates back to the Twenty-First Dynasty, during the era of the Third Transition.

Psusennes I is the third king of the Twenty-First Dynasty, 1039 BC. – 990 BC. He ruled Egypt from Tanis in the eastern delta. He protected the Egyptian borders against any foreign attack. Psusennes built a temple to the Theban Triad at Tanis and royal palaces, in addition to his rich royal tomb. The Theban Triad consisted of the deity Amun, his wife Mut, and their son Khonsu.

The world learned about the pharaoh Psusennes I after the discovery of his tomb by the French Professor Pierre Montet in the year 1940 AD, which was found with all its treasures and was not looted. Due to the amount of silver found in his tomb, he was dubbed the Silver Pharaoh.