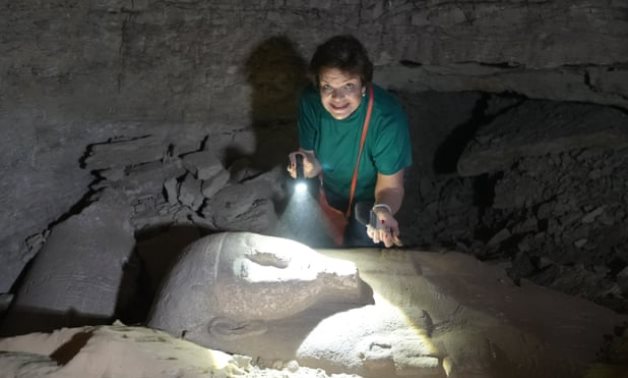 CAIRO – 4 October 2022: Archaeologists unearthed a wonderful ancient Egyptian sarcophagus from the depths of the sand near Cairo in what has been described as a "dream discovery" of great significance.

The gigantic granite sarcophagus is covered with inscriptions dedicated to Ptahemwia, who headed the treasury of King Ramses II, the greatest pharaoh of Egypt. The tomb itself was discovered more than a year ago, specifically in May 2021. The sarcophagus of Ptah-em-wia: the sky goddess Nut, with wings spread to protect the dead, is inscribed on the chest. Photograph: Rebecca Naunheimer/Windfall Films

Ola el-Egezy, a professor at the Faculty of Archeology, Cairo University, discovered the sarcophagus in Saqqara, an ancient pharaonic tomb about 20 miles south of Cairo.

In 2021, Egezy, who headed the archaeological mission at the site, uncovered the tomb of Ptahemwia on the surface level. Egezy then discovered his underground burial chamber with the sarcophagus, which can reveal more about those who ruled Egypt after Tutankhamun.

In the middle of the cemetery's courtyard, Egezy’s team discovered the top of a vertical column, which indicated a passage to the burial chamber. This shaft proved to be so deep at 8 meters that it took a week to remove all the sand using a bucket attached to a hand rope winch. Egezy then pressed herself and made a slow and dangerous descent down the column, and there she was astonished to find the sarcophagus.

National Geographic cameras captured it all while filming the latest excavation season for an eight-part documentary series titled "The Lost Treasures of Egypt," which began broadcasting in the UK on October 2.

It is extremely rare to find a complete coffin in its original tomb. “The discovery of this sarcophagus in its original place in the entrance to the burial was very exciting because it is the coffin of the owner of the tomb and this is not always the case. Sometimes the ark is for a different person in a later period, when the tomb is used in later periods. But this time it is not the case," Egezy told the Observer.

She said that Ptahemwia's titles confirm his closeness to King Ramses II, which proves that he "had a very important role in the administration at that time."

She added that the sarcophagus was engraved with the emblems of the gods, including the sky goddess Nut on the lid. The box was covered with open wings to protect the deceased. Egezy’s team will further examine it to reveal the full story of Ptahemwia’s life.

“Saqqara is one of the most important tombs for both royal and non-royal family members, across thousands of years of Egyptian history. The study of this Egyptian team added another important chapter to the site's history," said Peter Der Manuelian, Professor of Egyptology at Harvard University.