How were the Great Pyramids of Giza built? 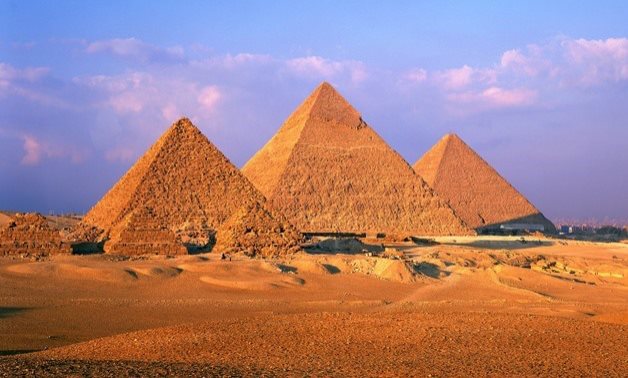 CAIRO – 25 September 2022: The construction of the Great Pyramids of Giza remained a mystery for thousands of years until a team of ten researchers from Egypt, France and China decided to study how the ancient Egyptians moved the massive granite and limestone slabs that made up the Pyramids, including the Colossal Pyramid of Khufu, one of the Seven Wonders of the World.

Using fossilized pollen particles, scientists have proven the existence of a missing tributary of the Nile River, which once connected the great river to Giza.Researchers believe that the Egyptians harnessed this mass of water to engineer a complex of canals and basins leading to the base of the Giza Plateau.

Exactly how the Pyramids of Giza were built was an archaeological mystery, as it seemed so miraculous that theories about extraterrestrials have been ingrained in people's minds and the reason is that the stones of the Pyramid weigh at least two tons. In 2019, Discovery hypothesized that the ancient Egyptians intentionally used wet sand that helped massive stones slide across the ground from quarries to a construction site.

Led by the environmental geographer Hadeer Shisha, the international team's latest study in the Proceedings of the National Academy of Sciences began by acknowledging that it was an already well-established assumption that Egyptian engineers created some kind of canal from the Nile to move the pyramid's stones. However, until now, historians have had no evidence of "when, where, and how these ancient landscapes developed."

The researchers studied five sediment samples extracted from the Giza Flood Plain in 2019 to analyze "patterns of pollen-derived vegetation" and "reconstruct 8,000-year-old riverine history of the Nile in this area."

By combining this work with previous studies in the rock layers around the Pyramids, archaeologists have concluded that there was a tributary from the Nile River that reached the Pyramids with a high water level during the reigns of Khufu, Khafre and Menkaure.

In a report on the study, the New York Times noted that the origins of the team's discovery can be traced back even earlier, to 2013, when papyrus scraps appeared around the Red Sea and described previously unknown documents from an official named Merer who attempted to ship limestone to Giza along the Nile River.

"When I read about it, I was very interested because this confirms that the materials for the Pyramid's construction were transported over water," Shisha told The Times.

Phys.org added that researchers discovered evidence of many fossilized pollen grains from flowering grasses and marsh plants, usually lining both rivers and lakes, providing evidence of sustainable water levels at the Khufu tributary, and shortly after King Tut's reign, those levels declined. The land dried up completely, leaving behind a mystery that may now be closer to being solved.