How did the American Revolution end in 1783? 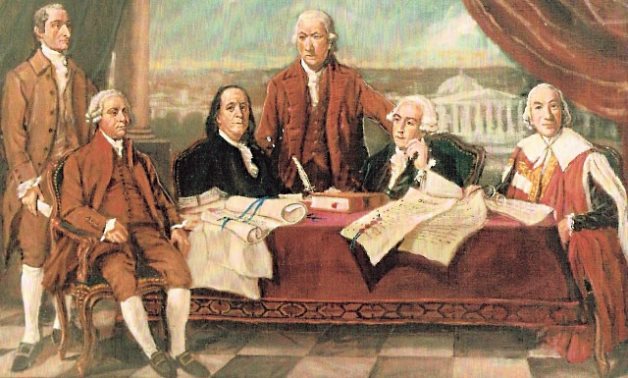 CAIRO – 4 September 2022: The American Revolution officially ended when representatives of the United States, Great Britain, Spain and France signed the Treaty of Paris on September 3, 1783.

The fate of 13 former American colonies was agreed upon, and the borders of the new republic were agreed upon: Florida north to the Great Lakes and the Atlantic coast west to the Mississippi River.

The events leading up to the treaty extended to April 1775, in a common green area in Lexington, Massachusetts, when the American colonists responded to King George III's refusal to grant them political and economic reform by armed revolution, according to History.

On July 4, 1776, more than a year after the start of the war, the Second Continental Congress formally adopted the Declaration of Independence. After five difficult years, in October 1781, British General Charles Lord Cornwallis surrendered to American and French forces at Yorktown, Virginia, ending the last major battle of the Revolution.

In September 1782, Benjamin Franklin, along with John Adams and John Jay, began formal peace negotiations with the British. The Continental Congress originally appointed a five-person panel, including Franklin, Adams, and Jay, along with Thomas Jefferson and Henry Lorenz, to conduct the talks. However, both Jefferson and Lawrence missed the sessions.

Jefferson was late to travel and Laurens was captured by the British and kept in the Tower of London. The American delegation, distrusting the French, chose to negotiate separately with the British.

During the talks, Franklin demanded that Britain hand over Canada to the United States. This did not happen, but America gained enough new territory south of the Canadian border to double its size. The United States has also successfully negotiated important fishing rights in Canadian waters.

Two months later, the main details have been worked out. On November 30, 1782, the United States and Britain signed the preliminary articles of the treaty. France signed its initial peace treaty with Britain on January 20, 1783. Then, in September of that year, the final treaty was signed by the three countries and Spain. The Continental Congress ratified the Treaty of Paris on January 14, 1784.