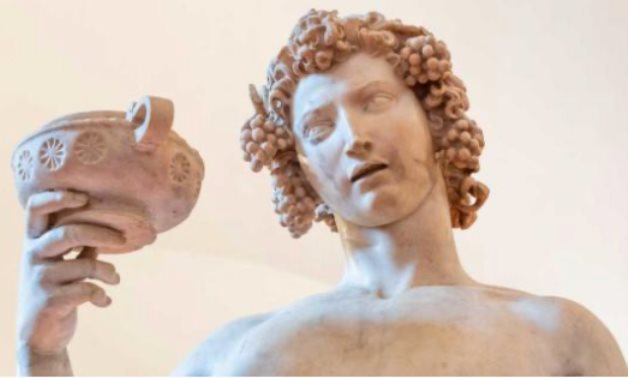 CAIRO – 30 August 2022: How far did people in ancient times go to enhance the flavor of their food and drinks? Would they consume toxic substances if it made food more delicious?

Yes! The Romans did exactly this. They added lead to their wine and later to their food. Some scholars say that widespread lead poisoning contributed to the fall of the powerful Roman Empire.

Sapa was produced by boiling unfermented grape juice in order to concentrate the natural sugars. The juice was reduced to a third of its original volume. When the juice was boiled in lead alloy kettles, this harmful element seeped into the drink. The ancient Romans used Sapa as a form of artificial sweetener, especially in wine. They eventually found a way to convert lead sugar into a crystalline form.

This means that the toxin can be produced the way table salt or sugar is produced today. Consequently, the consumption of lead sugar became more widespread, and it began to be used in cooking as well.

In the fourth-century Roman recipe book of Apicius, roughly one-fifth of recipes were made with lead sugar in syrup form, according to the ancient-origins website.

The writings of some ancient Roman authors indicate that the Romans were aware of the dangers of consuming lead, but by then, the damage had already been done. Side effects included dementia, infertility, cognitive difficulties, fatigue, and gout.

Lead sugar was not the only source of lead poisoning in ancient Rome. The Romans also drank water carried through lead pipes, which made the water dangerous to their health.

Research conducted in 2019 indicated that more than half of Londoners in Roman times were dealing with health problems caused by lead poisoning.