1,000-year-old Bible returns to Greece after being looted during WWI 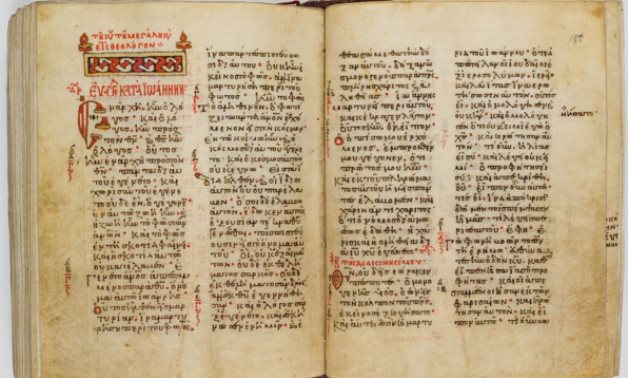 CAIRO – 25 August 2022: The Museum of the Bible in Washington, D.C. has returned a handwritten Bible, over 1,000 years old, to the Greek Orthodox Church.

The Bible was looted from a Greek monastery in World War I and was acquired by the museum via a Christie's auction in 2011.

The manuscript will not stop in the Greek Church, as it is expected to arrive next month at the place of its writing, which is the Kosinitza Monastery in northern Greece, which is hundreds of years old. The monastery had more than 400 volumes, before it was taken over by the Bulgarian forces in 1917.

The manuscript's history and ownership chain has been traced on the Museum of the Bible's website, including confirmation that it was written in the late 10th or early 11th century through various sales after the end of the war, ARTnews reported.

The recovered Bible is among the artifacts in the museum's collection that have been found to be looted and will be returned in an attempt to restore credibility to the Museum of the Bible. The museum has investigated its entire collections in recent years.

The investigations included thousands of items looted from the Middle East in 2017.The museum paid $3 million to settle claims with the US government for failing to conduct due process before purchasing a number of antiquities in 2009.