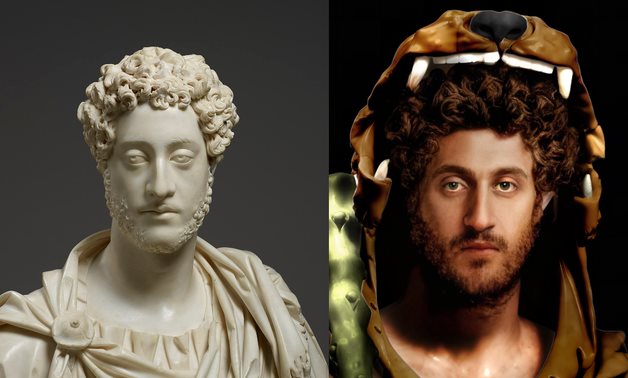 CAIRO – 22 August 2022: In the competition for the title of the worst Roman Emperor ever, some names standout such as Caligula, Nero and Commodus.

Caligula was one of the most immoral and perverted emperors. Although Nero was famous for his ruthlessness even when Rome was burning to ashes, Commodus combined all his flaws and more.

Reigning from AD 180 to 192, Commodus disregarded all of his official duties. Instead, he devoted himself to his harem of 300 females and an equal number of males. He played a gladiator in the Colosseum in Rome and ordered the executions of countless enemies, allies and family members alike.

When Rome burned in his watch, he not only made little effort to save the city, but insisted that the reconstructed city be renamed in his honor, according to History.

Commodus was 15 years old when his father, Marcus Aurelius, made him co-emperor and eventually appointed him as his successor, despite the fact that the young man was clearly unfit for the job.

The early historian Aelius Lampridius wrote: "Even from his early years he was vile, disgraceful, cruel, lewd and immoral." When the widely loved Marcus died in 180, Commodus became the only emperor at the age of 18. Commodus was rumored to have had a role in his death.

While Commodus enjoyed many privileges in his office, he had little interest in doing any of the work required. He delegated his responsibilities to a series of trusted helpers. Whenever he stopped trusting them, he would kill them - often shockingly - and would hire someone else.