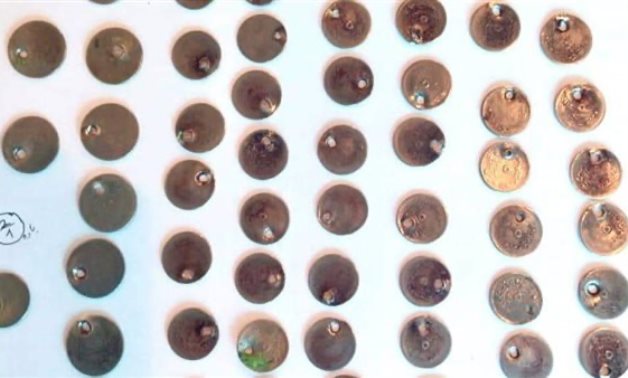 CAIRO – 16 August 2022: The Ports and Archaeological Units Department at Luxor International Airport managed to seize 97 archaeological coins that were in the possession of a passenger, before leaving the Egyptian territory. This was stated by Secretary-General of the Supreme Council of Antiquities Mostafa Waziri, who explained that the seized pieces were confiscated based on Republican Decree No. 114 of 1973 as cultural and heritage properties that are not allowed to leave Egypt.

These coins date back to the Ottoman era and are circular coins of different denominations with holes for hanging.

The seized coins will be deposited in one of the archaeological warehouses in Luxor.