The mysterious mummy of The Lady of Dai 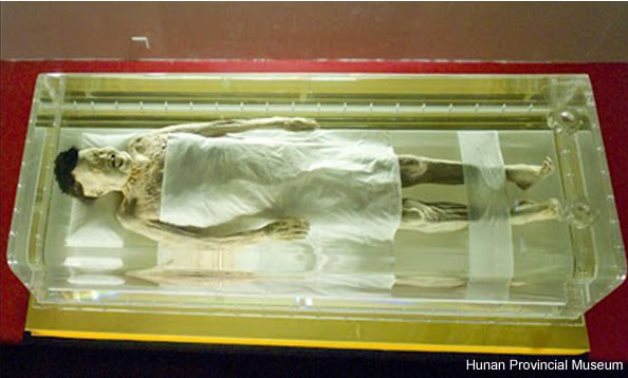 When her body was discovered, it was so incredibly well preserved that it was similar to the body of someone who had recently died.

Xin Zhui or The Lady of Dai, died between 178 and 145 BC, at the age of 50. The objects inside her tomb refer to a woman who is rich in wealth and importance.

In 1971, her tomb was accidentally discovered by workers digging an air raid shelter, according to ancient-origins.

When her body was first examined, her skin was still moist and supple, and her joints were still flexible. Every part of her body remained intact even her eyelashes and the hairs in her nose. The blood even remained in her veins. 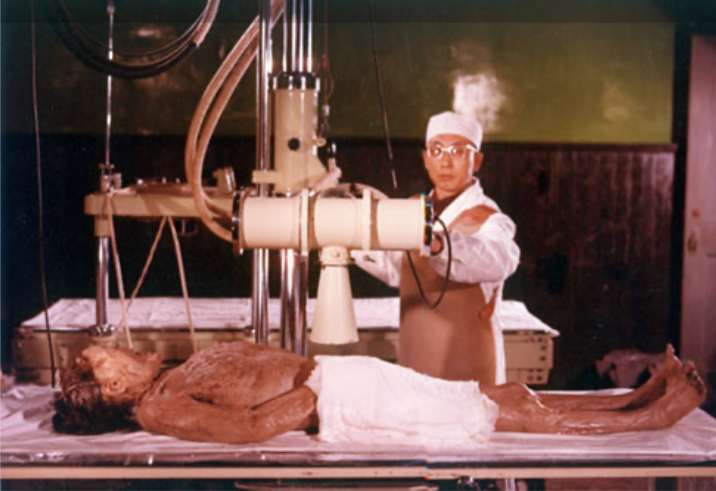 Pathologists found 138 undigested watermelon seeds in the esophagus, stomach and intestines - she had eaten the watermelon just an hour before her death.

Her organs were still intact, even the lungs nerves, which are as thin as hair. Blood clots were found in her veins and evidence of a coronary heart attack was found. This is in addition to a host of other diseases, such as diabetes, high blood pressure, high cholesterol, liver disease and gallstones. Lady Dai died of a heart attack at the age of 50, caused by obesity, lack of exercise and excessive diet.

The Lady of Dai is one of the best preserved mummies ever. The case is due to the fact that her body was covered with 20 layers of silk and was found in 80 liters of an unknown liquid, slightly acidic with some magnesium in it. She was placed inside four layers of coffins, which were inside an airtight, mud-lined burial vault 12 meters underground.

The Lady of Dai's body has now deteriorated due to exposure to oxygen, but it is nonetheless still in reasonable condition, and is housed in the Hunan Provincial Museum.