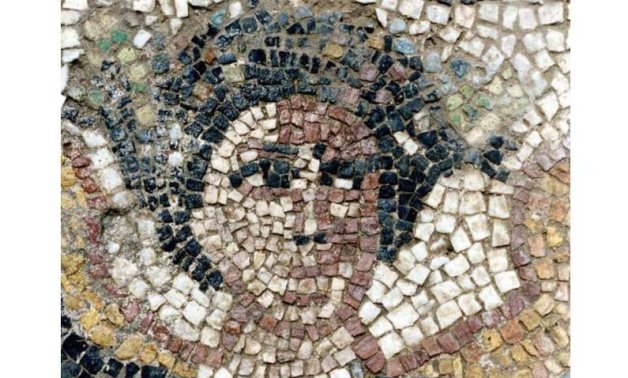 New secrets have now been uncovered by an international research team, with University of Southern Denmark's professor and archaeology expert, Karl Lund Rasmussen, leading the so-called archaeological analyses, which is using chemical analysis to determine what the artifacts were made of, and how they were made and processed, etc. The mosaic used in decorating the villa floors was found to be originated from a villa from Late Antiquity, located in Halicarnassus, Turkey. Halicarnassus is famous for the gigantic tomb of King Mausolus, which was considered one of the Seven Wonders of the World.

The villa is set around two courtyards and many rooms are decorated with mosaic floors, which were an expensive luxury. In addition to the geometric patterns, there were also motifs of various mythical figures and scenes taken from Greek mythology.

Additionally, expensive raw materials such as white, green, black and other colors of marble had to be transported from distant quarries, and it was necessary to import stone materials, ceramics and other glass.

“I received 19 mosaics for analysis in my lab in Denmark. Seven of them were of glass of different colors; purple, yellow, red, and dark red. My conclusion is that six of them are probably made of recycled glass,” said Karl Lund Rasmussen.

“The decline of the Roman Empire allows us to distinguish between primary glass from Egypt and primary glass from the Middle East. Also, we were able to identify elements that ancient craftsmen added to color the cups and make them opaque, which was a favorite at the time,” continued Rasmussen.

The waning power of the Roman Empire also led to the closing or rerouting of trade routes, which likely led to a shortage of goods in many places - including raw materials for glass production in Anatolia.