Gladiator battles in ancient Roman arenas: Between slavery & the desire to earn money 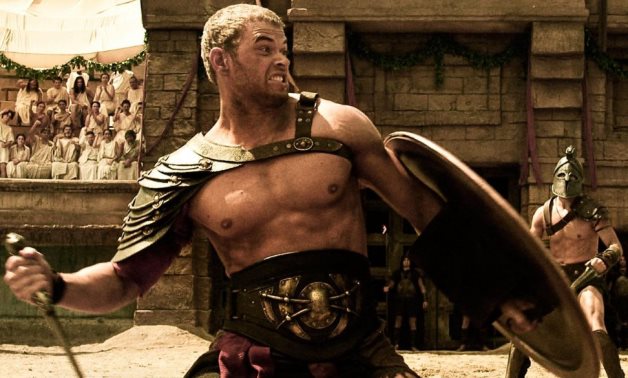 CAIRO – June 30 2022: More than 2,000 years after gladiator battles in Roman arenas disappeared, the world is still obsessed with it thanks to modern literature and films, and the fact that ancient amphitheaters still stand throughout the former Roman Empire, especially the Colosseum in Rome.

Archaeological studies confirmed that wrestling was not without blood among the men who wrestled. The performances were extremely rigorous and were fought by expertly trained athletes. The fights were designed to create maximum suspense for the masses, according to National Geographic.

In the early days of the Roman Empire, gladiators were enslaved cults, criminals, or prisoners of war who were brought into the arena in chains.

By the first century AD, wrestling became different as literary sources indicate that it was more like a career choice, as some fighters gave up their rights and became enslaved as a risky way to pay off debts or escape a life of poverty.

Some gladiators were criminals, who were sentenced to serve as gladiators, which was a lesser punishment than the death penalty, because there was a chance they will be freed one day, especially that most of them were professional fighters. Some even made their families wait for them outside the ring.

Each of the wrestlers had a special type of fight, based on their skill level and experience, and they were matched according to their strengths and weaknesses to ensure exciting competitions.

There was the clever semi-naked fighter, armed with a small knife, known as Retiarius. Another type of fighter carried a distinctive bronze sword and another a curved sword. The experienced warriors wore only a two-hole helmet and carried a shield and sword similar to those used by Roman legionnaires.