Sokushinbutsu, when Buddhist monks embalmed their bodies while alive 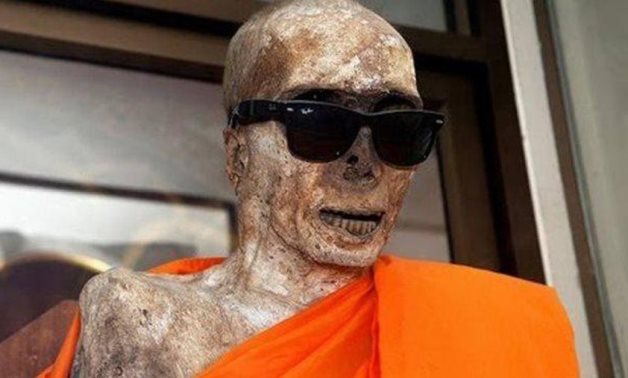 CAIRO – 25 May 2022: More than 1,000 years ago, an esoteric sect known as Shingon—which combined elements from Buddhism, ancient Shinto, Taoism, and other religions—developed the practice of embalming the living body.

The goal was to demonstrate the ultimate act of religious discipline and devotion. This practice, known as sokushinbutsu, was pioneered by a Japanese priest named Kūkai. It involved drying the body over several years through a tedious process that inevitably led to death, and the preservation of the body, according to the ancient-origins.

The steps involved in embalming one's body were extremely strict and painful. The monks stopped eating food except nuts, seeds, fruits and berries, and did intense physical activity to strip themselves of all body fat. For the next thousand days, their diet was restricted to bark and roots only. Towards the end of this period, they drank poisonous tea made from the sap of the urushi tree, which causes vomiting and rapid loss of body fluids. It also acts as a preservative and kills worms and bacteria that would otherwise cause body decay after death.

At the last stage, after more than 6 years of preparation, the monks would lock themselves into a stone tomb barely larger than their body, entering into a state of meditation. 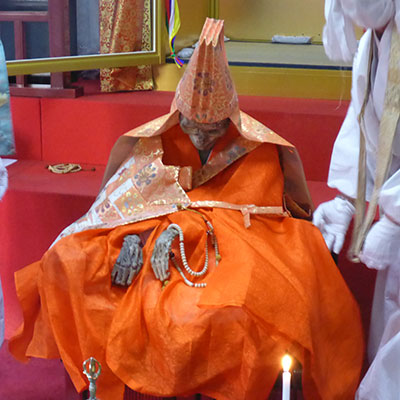 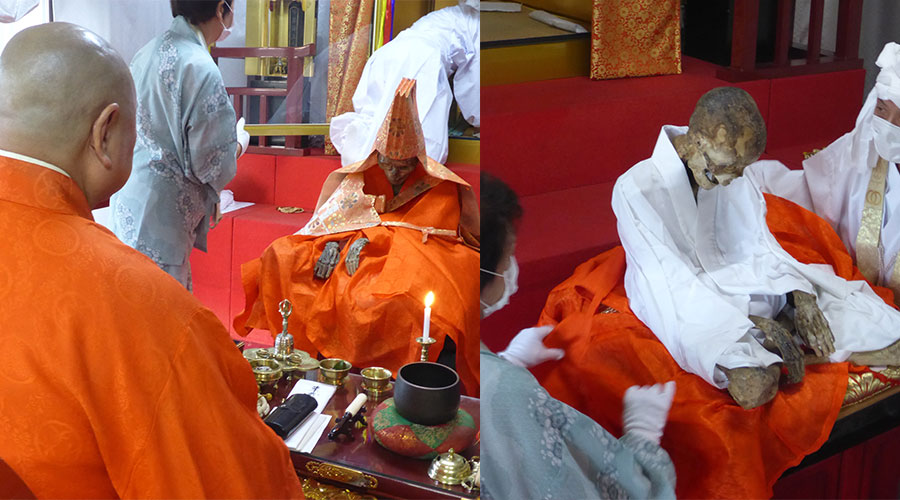 A monk would be sitting in the lotus position, with an oxygen tube extending to the grave. Every day the monk rings the bell to tell the outside world that he is still alive. When the bell stops ringing, the tube is removed and the tomb is closed for the last thousand days of the ritual.

At the end of this period, the tomb was opened to see if the monk had successfully embalmed himself. If the body was found in a preserved state, the monk would be raised to the rank of Buddha, his body would be removed from the tomb, and placed in a temple, where he was worshiped and revered.

The practice of self-embalming continued until the 19th century, when the Japanese government banned it. It is believed that several hundred monks attempted sokushinbutsu, but only 28 of them are known to have successfully embalmed themselves. Many of them can be visited at various temples in Japan.