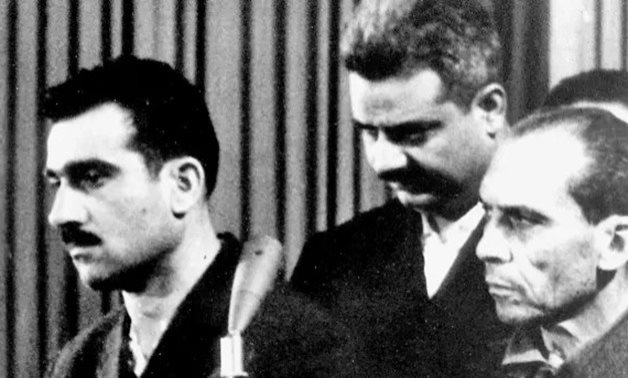 CAIRO – 18 May 2022: Four years after spying for Israel, Eli Cohen was caught by the Syrian intelligence services in one of the most famous espionage cases in the modern history of Syria. Egypt Today sums up all you need to know about Cohen’s case on the 57th anniversary of his execution in Damascus.


"I don't regret what I have done, only what I could have done and didn’t have the chance to do. Sometimes close friends fail those who can act," Cohen carved onto his prison walls just days before being executed.

He was born in Alexandria on Dec. 26, 1924 to a Jewish family who had settled in Aleppo since 1914. Despite the fact that his family moved to Israel after it had been declared in 1948, Cohen remained in Egypt for espionage activity that Egypt’s security could not prove or uncover.


Following the nationalization of the Suez Canal in 1956, Cohen and other Jewish community members in Egypt were forced to leave the country. As a result, Cohen arrived in Israel through Italy.

He founded a famous espionage cell inside Egypt, assisting Jewish and Zionists to smuggle from the country to the newly-born Israel. He was known for the alias “John Darling”, who was responsible for a terrorist cell that had targeted American and Western installations in Cairo and Alexandria for the purpose of damaging relations between Egypt and other powers.


However, Egyptian authorities could not prove ties between Cohen and other Zionist terrorist cells active inside the country. He moved to Israel where he joined the Israeli intelligence apparatus known as Mossad. In 1956, he was arrested in Egypt while on a spying mission.

He got married to a Jewish woman with Iraqi origins in 1959 and worked as a translator at the Israeli defense ministry.


The Mossad sought to utilize Cohen, who spoke Arabic fluently and was familiar with the Arab culture. He was chosen for a spying mission in Damascus. He accepted the mission and received intensive trainings on the Syrian accent, Islamic teachings and the political situation inside Syria.


In 1962, Cohen paid a visit to the Golan Heights in the company of one of his Syrian friends, and he succeeded to shoot photos for the security and defense preparations there by a very tiny secret camera produced by the Israeli and U.S. intelligence.


In 1964, Cohen succeeded to provide Israel with detailed information about Syrian defense plans at Quneitra City located in the occupied Golan Heights. In addition, Cohen told the Israelis about the Russian T-54 tanks and their installation sites.


Observers believed the success of accessing sensitive information by Cohen was due to his close ties with Ba’ath Party leaders.

In 1965, he was uncovered as a radio signal sent from his house was detected by Syrian intelligence.


Cohen stood before a military trial and was found guilty of espionage. He was sentenced to death, following intensive interrogation.


Then-Israeli Foreign Minister Golda Meir led a campaign to persuade the Syrian authorities not to execute him; however, the death sentence was carried out publicly in Marjeh Square in Damascus on May 18, 1965.


Despite being a traitor under Syrian law, the Syrian authorities met his last wish when he asked to see a rabbi. The Syrian prison’s authorities asked Nissim Andabo, the 80-year-old Chief Rabbi of Syria at the time, to be in the company of Cohen a few hours before his execution.


A video of Cohen’s execution was posted on Facebook in September, 2016 – 51 years after it took place.

Over the years, Cohen’s wife, Nadia, unsuccessfully made several appeals to the Syrian government to release Cohen’s remains.


Recently, media reports revealed that Israel sought to bring Cohen’s remains to Tel Aviv for burial, following the outbreak of the Syrian civil war in 2011.