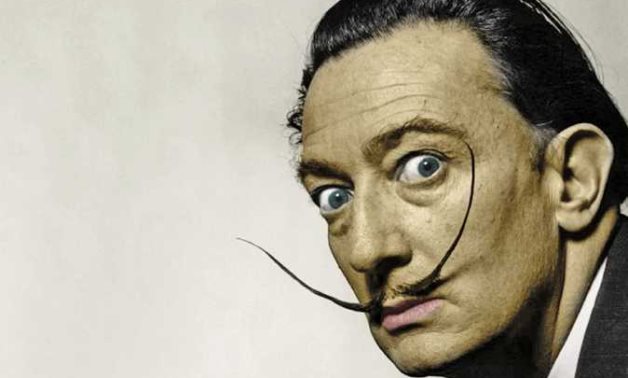 Salvador Dali is one of the most important artists of the 20th century, and one of the leaders of the surrealist school.

Despite enjoying his artworks that shock the viewer with their themes, formations or strangeness, a question always arises: Was Salvador Dali crazy? What is well-known about Salvador Dali was his strange personality and his unexpected and unfamiliar comments and writings.

In his book “Painting in the Twentieth Century: An Aesthetic Artistic Study,” Marwan Al-Alan points out that in Dali’s life and art, madness and ingenuity mix. Dali remains different and exceptional in his chaos, creativity, megalomania and extreme narcissism. It is also known that Salvador Dali was not a serious student, he preferred daydreaming, and seemed eccentric, both with his appearance and strange clothes that he loved wearing, or with his suspicious behavior.

This is evident even in his dealings with the death of his brother. Like the famous Dutch painter Van Gogh, Dali was named after a brother who had died 3 years before his birth. “I was in the eyes of my father half a person, or a substitute, and my soul was squeezed in pain and anger by the sharp looks that pierced me without stopping in search of this other who had disappeared from existence,” said Salvador Dali.

Salvador Dali was also known for his reckless behavior, such as pushing his friend from the top of a high ledge, and almost ending his life; kicking his sister, who was 3 years younger than him, in the head; and torturing a kitten to death. It was reported that Dali actually enjoyed doing such cruel acts.