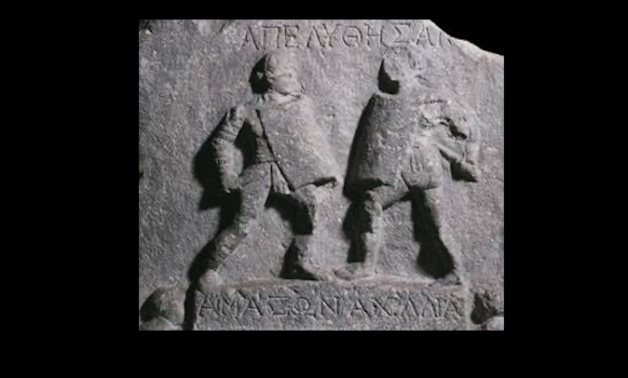 CAIRO – 28 March 2022: Were there female gladiators in ancient Rome? Although evidence is scarce, there is still evidence in artistic heritage, legal history, and written material that women participated in brutal sports during the late Roman Republic and early Roman Empire.

They fought each other with weapons for entertainment but did not fight nearly to the same degree as the men did, and did so mostly as a form of renewal.

Written history contains many accounts of female wrestlers. Historians of the time described women arguing with each other as the after-dinner acts of the first century B.C. The women there fought monsters, dwarves, and other women in matches hosted by the emperors Nero, Titus, and Domitian.

According to the History website, female gladiators fought in command of the ancient city of Pompeii, which was swept away by the volcano Vesuvius in 79 AD.

An inscription found in the port city of Ostia shows that a local magistrate boasts of being the first to "provide women for the sword" since the city's founding.

Women of all classes participated, and enslaved women generally worked for wealthy families, says David S. Potter, a classics professor at the University of Michigan who has written extensively on ancient sports. “They would say to women you're strong, let's train you as a wrestler, you'll make a lot of money from your fights.”

Middle- and upper-class women also fought for the same reasons that distinguished young men did brutal sports. "They did because it's exciting and different," Potter explains.

Potter added that at that time women were practicing a variety of sports and keeping fit, and Roman officials encouraged them to build their bodies for work. Rich women could afford to train and have free time to exercise. Professional wrestling managers have encouraged those who have excelled in wrestling to try wrestling matches. "If we think of this as a form of entertainment, it's clear why women would want to do it."