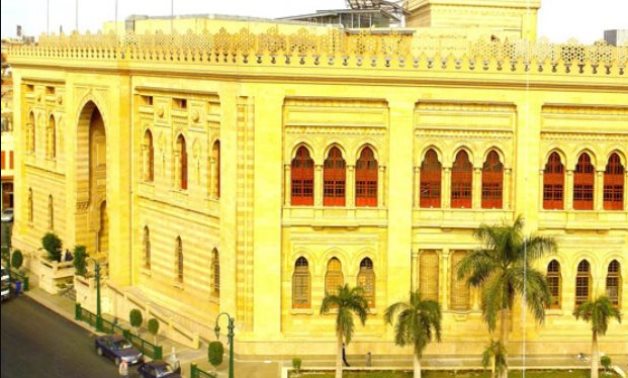 CAIRO – 20 March 2022: The Ministry of Culture is preparing to hold a celebration marking the 150th establishing anniversary of the National Library and Archives.

On this occasion, the Council of Ministers approved the issuance of circulating steel-coated coins in denominations of one Egyptian Pound and 50 piasters, with a number of 3 million discs of each denomination.

The manuscripts of the National Library & Archives amasses up to 57,000 pieces, which are from the best collections. They are numbered and indexed and cover a wide variety of subjects. It is distinguished by the diversity of its themes, attributed lines, and dated manuscripts.

It also includes a valuable collection of Arab papyri, including a group found in Kom Ishqaw in Upper Egypt, totaling up to three thousand papyri related to marriage contracts, sale, rent, exchange, statements, records, and accounts for taxes, the division of inheritances, the payment of dowry, and others.

Furthermore, the National Library & Archives also houses a decent set of official documents that are represented in endowment arguments, documents of various ministries, court records, and other things that researchers are concerned with in various archaeological and historical investigations.

Moreover, the National Library & Archives owns a group of Arabic coins, the oldest of which dates back to the year 77 AH (696 AD). Its collections include a large assortment of Qur'an manuscripts written on paper and leather, some in ancient undotted Kufic script, and some by famous calligraphers.

There are collections of papyrus manuscripts from various parts of Egypt, some dating back to the seventh century or before. It is a mine of information about the social and cultural life in Egypt at the beginning of Islam, and it contains ancient Ottoman and Persian groups as well.