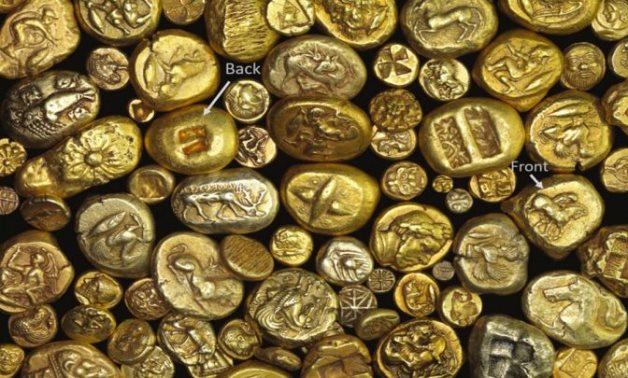 CAIRO – 7 March 2022: The ancient kingdom of Lydia, which flourished in prehistoric times, created the first coins in the world.

In the beginning, the coins were not more than just pieces of metal with simple engravings, which soon developed into beautiful artistic engravings featuring characters from Greek mythology. 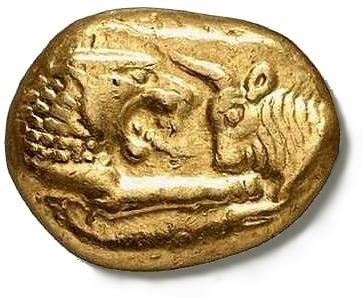 The ancient Lydians invented coins as a means of authenticating payment. Coins represent a fundamental change in the human world, as their invention represented an important part of the history of trade between peoples since 600 BC.

Lydia is a kingdom of Anatolia with ancient Greek connections. It was only natural that the coins produced there were of shiny gold and silver, according to the Greek Reporter website. The official Lydian currency became the official currency of the Lydian Empire, which flourished for many years before falling into the hands of the Persian Empire.

The oldest coins on the planet are believed to date to approximately the second half of the seventh century BC during the reign of King Alyattes who was in power in Lydia from 619 to 560 BC. 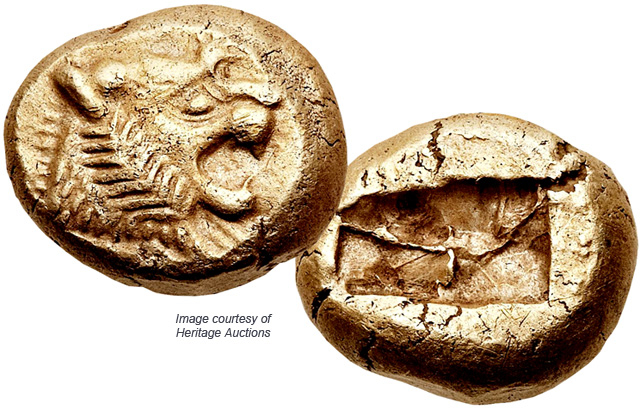 Numismatic historians agree that the Lydian coin was the first officially issued coin and served as a model for nearly all subsequent coinage everywhere.

Unlike the method used for bartering, the coins were first issued by a central authority or government and coinage was made of metal from this period onwards.

When they were made of a precious metal such as gold, the coins had their intrinsic value. Coins are also an amazing discovery because they are difficult to counterfeit, and have great value, whether in their essence or by decree issued by the government.