Abu Simbel Temples, a miracle built in Egypt thousands of years ago 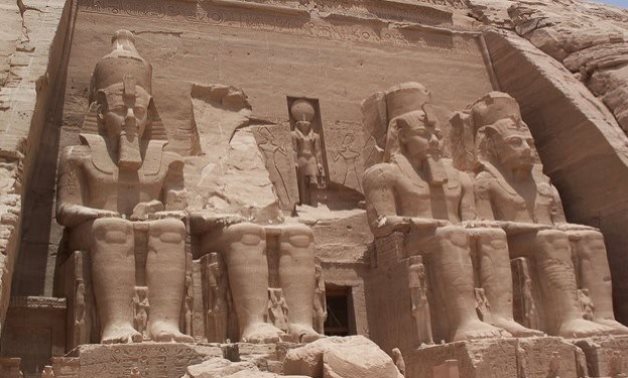 CAIRO – 23 February 2022: Abu Simbel Temple was constructed by the most celebrated Ancient Egyptian king, Ramses II. The process of construction began in Aswan.


The temple was mainly cut into a solid rock cliff. The main goal behind construction was to celebrate the victory of Ramses II that was established during the Hittites at Kadish battle in 1274 B.C.

The Grand Temple that stands 30 meters high and 35 meters long featuring four seated colossi at the entrance of King Ramses II on his throne.


It also contains a number of paths and rooms. Scripts could be found written on the walls about Ramses’ II military victories, his personal life alongside portrayals of Ancient Egyptian gods.


The Small Temple was constructed for the Egyptian Queen Nefertari, Ramses II most favorite wife.


Located 150 meters far away from the Grand Temple, the Small Temple has a front featuring four great seated colossi, two of Ramses II and two of Nefertari.


The walls of this temple display images of Ramses and Nefertari while they’re praying to the gods.


The rays of the sun penetrate into the temple and lightening the three statues for Ramses II and Amon twice a year; once in February 22 celebrating agriculture and cultivation season, and the second in October 22 celebrating flooding season. Both dates also reflect the date of Ramses II birth and his coronation.


The location of the four statues was chosen so they would darken because Ptah was the god of darkness.