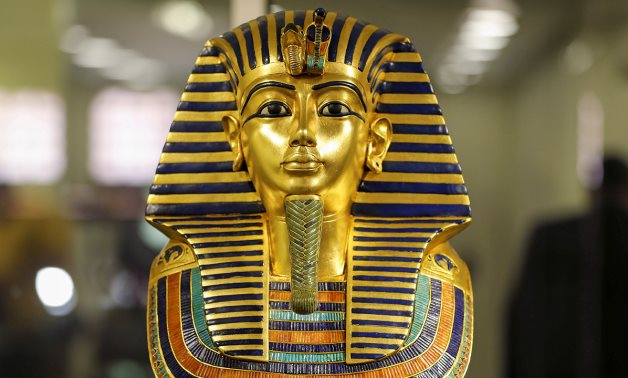 CAIRO – 10 February 2022: The Grand Egyptian Museum is the largest museum in the world to be dedicated to one civilization.

The Grand Egyptian Museum will house over 50,000 antiquities. It was announced earlier that the museum is set to be officially inaugurated in the second half of 2022.

The museum will also specialize an area to exhibit all the belongings of King Tutankhamun, all in one place for the first time in history.

Furthermore, Al-Tayeb Abbas announced that King Tutankhamun Hall is 99 percent completed, and more than 4,700 artifacts from King Tutankhamun’s treasures have been placed and inside 86 show-cases out of 107.

Director General of the Egyptian Museum in Tahrir Sabah Abdel Razek revealed in previous press statements that a new display scenario will be implemented on Tanis' holdings, which comprise 2,000 pieces, in addition to the golden mask, an alternative to Tutankhamun's collectibles that were housed in the museum before being transferred to the Grand Egyptian Museum.

However, the display scenario will be changed despite being placed in the area that housed Tutankhamun’s relics.

Tutankhamun's tomb was discovered on November 4, 1922, by British scientist Howard Carter. The tomb of the pharaonic king and its treasures became an icon for Egypt, and its discovery is still one of the most important archaeological discoveries.

Although small, the tomb of the eighteenth-Dynasty king [1336-1327 BC] contained more than 5,000 artifacts that were discovered stacked very tightly. These pieces reflect the lifestyle in the royal palace during Tutankhamun’s era.

The tomb included things that Tutankhamun would use in his daily life such as clothes, jewelry, cosmetics, incense, furniture, chairs, toys, utensils, vehicles, weapons, and others.