Sotheby’s attempts to sell ancient Egyptian statue for $3-5M; is it legal? The statue being held for sale in Sotheby's - Social media

CAIRO – 27 January 2022: Antiquities expert  Abdel Rahim Rihan, director-general of Archaeological Research, Studies and Scientific Publication in the South Sinai Region, confirmed that Sotheby’s International Auction Hall is currently displaying a unique statue dating back to the era of the builders of the Great Pyramids.

The statue was excavated from tomb No. G 2415 in the Great Western Region, next to the Pyramid of Khufu [Cheops], by the American archaeologist George Andrew Reisner, who was working on the mission of the Museum of Fine Arts in Boston, in 1913. It belongs to a man named "Wiri" and his wife "Miri" from the Fifth Dynasty, and it was found among seven other statues of the owner of the tomb. 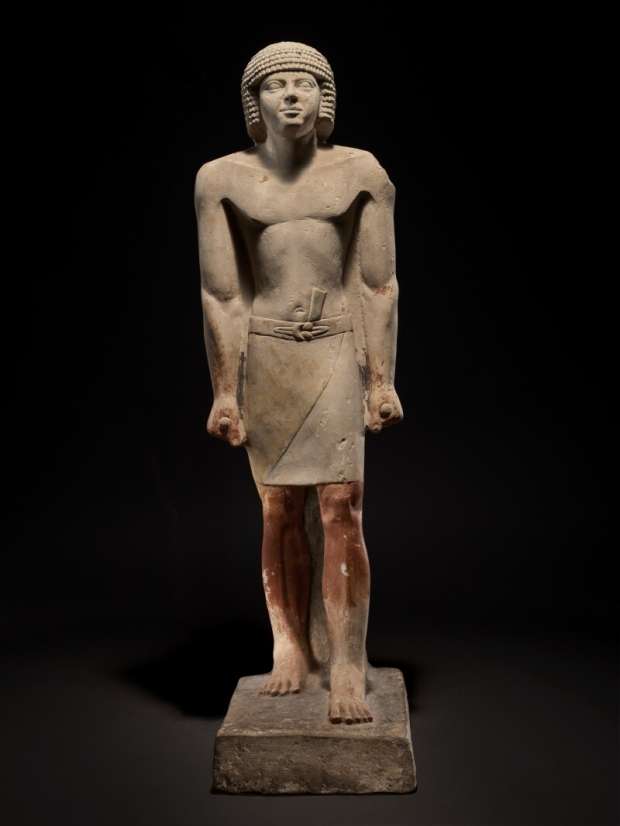 The statue being held for sale in Sotheby's - Social media

The statue was given to the museum by the Egyptian Government's Antiquities Department at the time, which allowed foreign missions to keep and export some of the materials they discovered during their excavations, according to a statement from Sotheby’s Hall.

Rihan clarified that Egypt has the right to demand a halt to the sale of the statue and to demand its return to Egypt for the following reasons: The statue came out of Egypt under repealed laws by virtue of the issuance of the Antiquities Protection Law, which canceled all previous laws, and therefore everything that resulted from it is void; and Law No. 215 of 1951 is repealed by virtue of Antiquities Protection Law No. 117 of 1983, amended by Law No. 3 of 2010, amended by Law No. 91 of 2018 and amended by Law 20 of 2020.

Consequently, it is Egypt's right to consider the antiquities that came out of the country under this law as antiquities illegally smuggled from Egypt.

Rihan indicated that Sotheby’s Hall is required to submit the bonds for the Museum of Fine Arts in Boston to obtain this statue from Egypt and the museum’s sale of the statue to Sotheby’s.

However, according to Rihan, it did not provide such documents in the statement of displaying the statue for sale, which indicates that the statue arrived in the hall illegally, because there are no proper export documents to obtain the statue. This can be considered an attempt to forgery to find a modern illegal ownership formula to justify the sale.