Memory of the day: Battle of Ismailia erupts in 1952 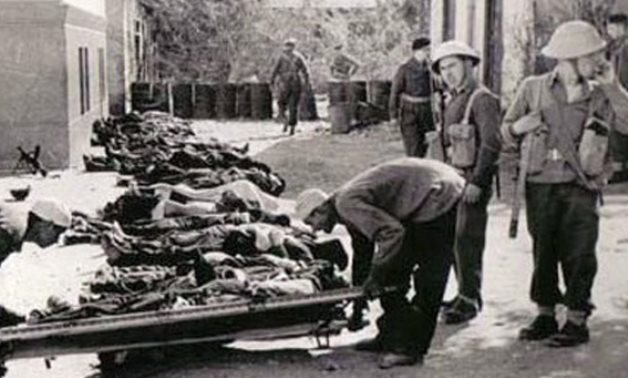 Some victims of the Battle of Ismailia - ET

CAIRO – 25 January 2022: In the following lines, ET sheds light on the most important world events that took place on January 25.

750 - The victory of the Abbasids over the Umayyads in the Battle of the Great Zab, which resulted in the fall of the Umayyad dynasty, which ruled for 88 years. Abu al-Abbas el-Safah took over the caliphate, becoming the first Abbasid caliph.

1260 - Aleppo falls to the Tatars, the first Levantine city to face the Mongol invasion after the fall of Baghdad.

1952 - The British storm the Egyptian city of Ismailia. Egyptian policemen refuse to surrender their weapons, and this led to a battle in Ismailia, in which 50 Egyptian soldiers were killed, 80 others were wounded, and the rest were captured.

1980 - Egyptian President Mohamed Anwar El-Sadat formally informs the United Nations of ending the state of hostility between Egypt and Israel.