Post-World War I peace conference kicks off in Paris on Jan. of 1919 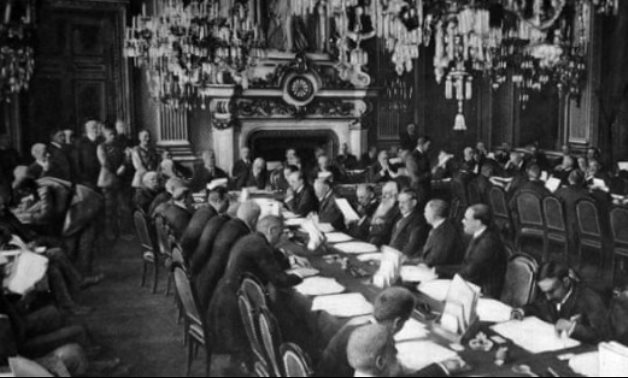 CAIRO – 19 January 2022: On January 18, 1919, heads of state met to begin long and complex negotiations that officially declared the end of World War I, in Paris, France.

The leaders of the victorious Allied nations—France, Great Britain, the United States, and Italy—took the most decisive steps in Paris over the following six months.

For most of the conference, US President Woodrow Wilson struggled to support his idea of "peace without victory" and to ensure that Germany, the leader of the Central Powers and the greatest loser in the war, was not treated too harshly.

On the other hand, French Prime Minister Georges Clemenceau and David Lloyd George of Britain argued that punishing Germany appropriately was the only way to forget the enormous costs of the war.

In the end, Wilson gave up treating Germany his way in order to move forward with his project, an international peacekeeping organization called the League of Nations.

Representatives from Germany were excluded from the peace conference until May. When they arrived in Paris and were presented with the draft Treaty of Versailles, the Germans were deeply frustrated with the treaty, which required them to give up a great deal of territory and pay reparations.

Even worse, Article 231 forced Germany to accept the sole blame for the war. This was a bitter pill not many Germans could swallow.