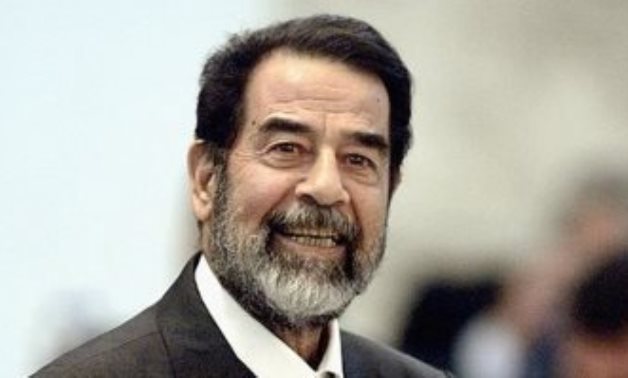 CAIRO – 30 December 2021: In the following lines, ET sheds light on an important world event that took place on December 30.

Former Iraqi President Saddam Hussein was executed on December 30, 2006, but what exactly happened? This is what the book "Interrogating the President" by John Nixon records.

“In December 2006, I was at the headquarters of the Central Intelligence Agency, tasked with awaiting Saddam's execution. It was my turn to take the shift over the weekend and had to report any developments to the seventh floor, because I had spent a lot of time with Saddam and my boss seemed to expect that I would be interested in his execution, but I wasn't. I did not sympathize with Saddam, but the speedy execution of him seemed inappropriate. I had expected that his trial and the execution of his sentence would have been thoughtful and well-coordinated. I was not prepared for what happened, as it shocked everyone who had followed his career path.”

“The government of Nouri al-Maliki was almost impatient to get rid of Saddam, but the American government had begged the Iraqis to postpone the execution until after Eid al-Adha, thinking that ignoring this would offend the feelings of Muslims in Iraq and the region. But what happened is that the US ambassador to Iraq, Zalmay Hillelzad, and his deputy, David Satterfield, were out of Iraq for the Christmas period, and they had told the Chargé d'Affairs, Margaret Scobey, not to sign anything that could be considered a green light for the execution. It seems that both the Ministry of Foreign Affairs and the Ministry of Defense had to agree to transfer Saddam to his American prison.”

“Saddam Hussein had repeatedly stated that he was not afraid of death and seemed resigned to his fate, but perhaps death would have comforted him, as he seemed angry at his detention and the humiliation he was subjected to during his trial. I expected that Saddam's execution would be broadcast on television because it would be shown to the world and to the Iraqis in particular, that he died according to the rule of law. But what took place instead is that the handover took place in the dark after midnight when an American helicopter transported Saddam from his prison to a compound where he was handed over to the Maliki government, and then he was quickly transferred to the basement of one of the Iraqi government buildings. Only God knows what happened between Saddam and his captors. What the world saw the next day was horrific.”