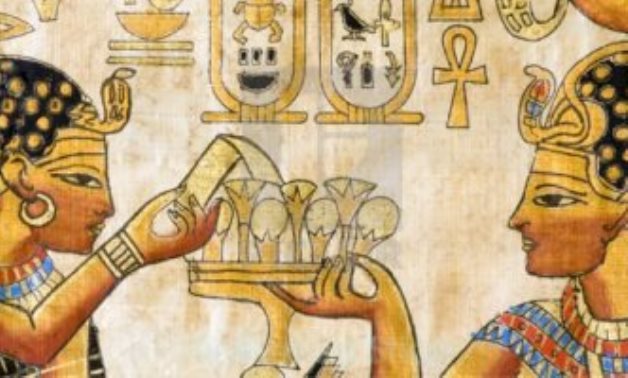 For instance, the ancient Egyptians often had a problem with teeth due to the use of stones and pestles to grind flour and grains. This eroded tooth enamel, making their teeth more susceptible to cavities and disease, and in turn led to bad breath. In order to combat the smell, the ancient Egyptians created the first known types of mint. It was made from a mixture of frankincense, cinnamon, and myrrh, and then the mixture was boiled with honey and shaped into granules much like mint.

Also, the ancient Egyptians were the first to cut their hair. Long hair was thought to be unhealthy, and the high temperatures likely made a lot of hair uncomfortable. The general trend was for men to have their hair cut or removed altogether.

Priests are believed to have gone so far as to shave their entire bodies every three days. Shaving was also considered prestigious while a stubble beard was considered a sign of lower status.

This aversion to hair - or specifically head hair - led the Egyptians to invent what are believed to be the first razor blades. These were made of sharp stones that were tapped into blades before being fed into wooden handles and then "upgraded" with the invention of copper blades.

Likewise, the razor was invented where the wealthy were able to summon someone to their dwelling in order to shave or cut their hair.