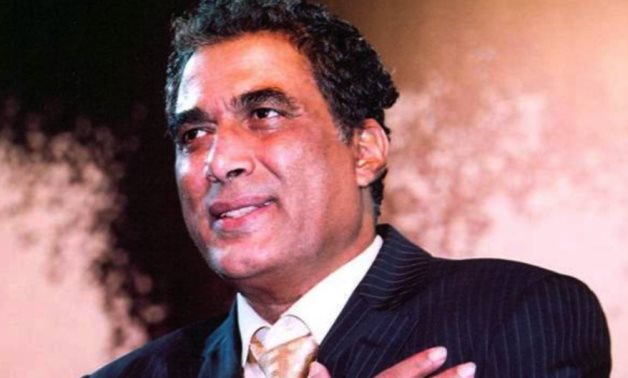 Zaki passed away due to complications from lung cancer on March 27, 2005.


Zaki is considered one of the most prominent actors in the history of Egyptian cinema. He was born in Zagazig as the only son in his family.


His father died when he was young, and when his mother remarried he was raised by his grandfather.

During his school years, his headmaster encouraged him to work on his acting talent after Zaki presented a dazzling performance in one of the school's productions.


This production saw the attendance of many artists from Cairo, and he was advised to join The High Theater Institute, from which he graduated in 1973. After graduating first in his class, he worked in many commercially successful plays, including: “Madraset El-Moshaghbeen” (The School of Mischief), “Awladna Fi London” (Our Children are in London), “El-Eyal Kebret” (The Children Have Grown), “Hello, Shalaby” and “Al-Qahera fi Alf A'aam” (Cairo in 1,000 Years).

Many of his films are considered stepping stones in his acting career, such as: “Ahlam Hend we Kamilia” (The Dreams of Hend and Kamilia), “Oyoon La Tanam” (Eyes that Don’t Sleep), “El-Baree” (The Innocent), “El-Hob Fawk Hadabet Al-Haram” (Love on Top of the Pyramid) and “Ard El-Khouf” (The Land of Fear).

In efforts to reflect the values and identity of Egyptian society, Zaki has perfectly portrayed low and middle class society in roles such as the guard in “El-Beh El-Bawab” (The Gentle Guard). He also played the role of a simple photographer in “Edhak El-Sora Tetlaa’ Helwa” (Smile, the Picture will Come Out Fine), and the role of the driver in “Sawaq El-Hanem” (The Madame’s Driver).

Six of his films are listed on the best 100 Egyptian films based on a selection by a number of Egyptian critics. 
Zaki portrayed historical figures brilliantly, and it drove most of the audience to feel that their souls were instilled in Zaki’s soul.

Furthermore, many of his colleagues, and the actors who followed him, admitted that they were inspired by his genuine performances and that they consider him one of the greatest actors in the Egyptian cinema history.


"To the dear soul of the great artist Ahmed Zaki, I dedicate to you my performance in 'Wahet El-Groub' soap opera. May God rest your soul in peace; you will always be an acting pedagogue," said a voice note from the famous Egyptian actor, Khaled Nabawy previously on his Twitter account.


Famed scriptwriter, Wahid Hamed, said that Zaki was distinguished and strongly dedicatedl to his job to the point that it caused him some major problems in his personal life.


He added that Egyptian cinema is full of stars that are not less talented than Zaki, but what makes Zaki different is that he used his talent to master his profession, and that he paid attention to every single detail pertaining to his acting career.


Hamed said that they had shared a profound friendship since the mid-seventies, and that he knew Zaki as the person behind the actor.


Zaki’s power as an actor also lies in the fact that he was one of the first darker-skinned actors to grace Egyptian screens, challenging an unspoken color barrier that had previously existed.

He paved the way for other non-conventional actors to realize that they too have a place on the cinema screen.

Through its doodle, Google celebrated the 71st birth anniversary of the emperor of Egyptian cinema on November 18, 2020.

Over the course of his career, Zaki presented more than 60 films.

The late artist Ahmed Zaki was considered the third most popular actor in the list of the 100 best Egyptian films in 1996, as the list included 6 of his films.

Zaki has achieved several awards and honoring in many festivals, including the Alexandria Festival in 1989 and Cairo Film Festival 1990.