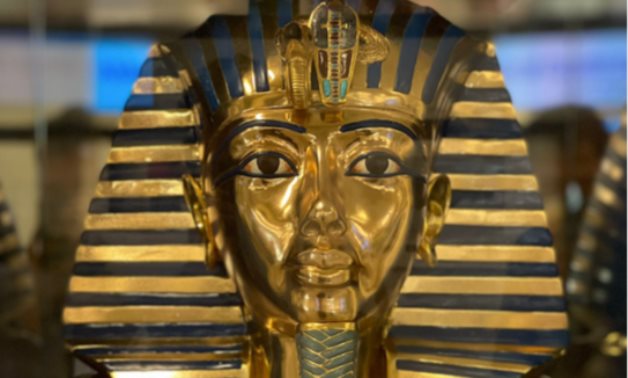 The gifted mask of Tutankhamun, a first-class replica of the real mask - Press photo

CAIRO – 9 September 2021: The United Nations Headquarters in Vienna witnessed the handover ceremony of a replica of Tutankhamun's mask, a gift from Egypt.

Under-Secretary-General of the United Nations and Director of the Organization’s Office in Vienna Ghada Wali received Speaker of the House of Representatives Hanafi el-Gabali, Minister of Endowments Mohamed Mokhtar Gomaa, Egypt’s Ambassador to Austria Mohamed el-Mulla and members of the accompanying delegation in the main hall of the UN headquarters. 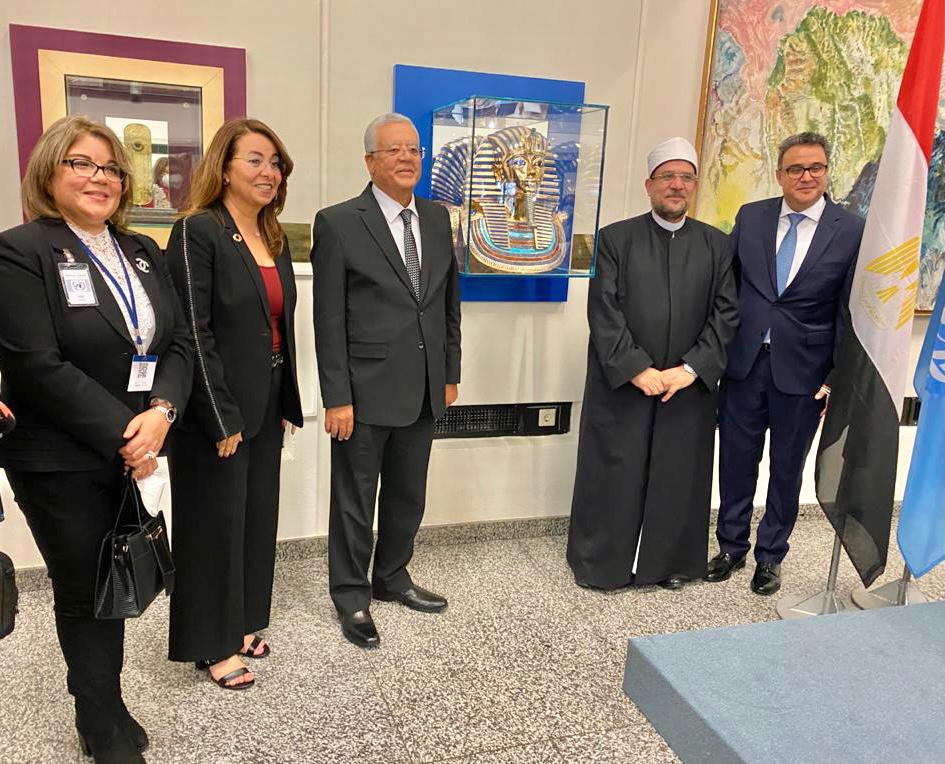 Under-Secretary-General of the United Nations and Director of the Organization’s Office in Vienna Ghada Wali expressed her great pride that a symbol of Egypt's civilization joined the collection of art and cultural pieces at the United Nations headquarters, adding that this gift reflects the role and position of Egypt in the international community and the United Nations, and its cultural richness, which represents a great value for human civilization.

Wali thanked the Egyptian state for this gift and for its constant interest in promoting dialogue and cultural, civilizational and artistic exchange.

She added that the importance and fame of Tutankhamun is due to the discovery of his tomb and its contents, complete and undamaged, as it contained treasures that reflected perfection, quality of industry, civilizational and cultural richness, the development of life, and the interest in arts and beauty values in ancient Egypt.