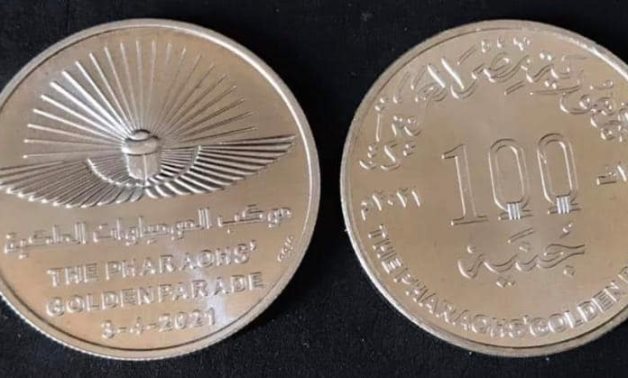 CAIRO – 4 August 2021: In commemoration of the Pharaohs' Golden Parade, where Egypt’s royal mummies were transferred from the Egyptian Museum in Tahrir to the National Museum of Egyptian Civilization in Fustat on April 3, 2021, the Ministry of Finance issued a commemorative silver coin of L.E 100 bearing the ceremonial logo in Arabic and English to document this exceptional event. 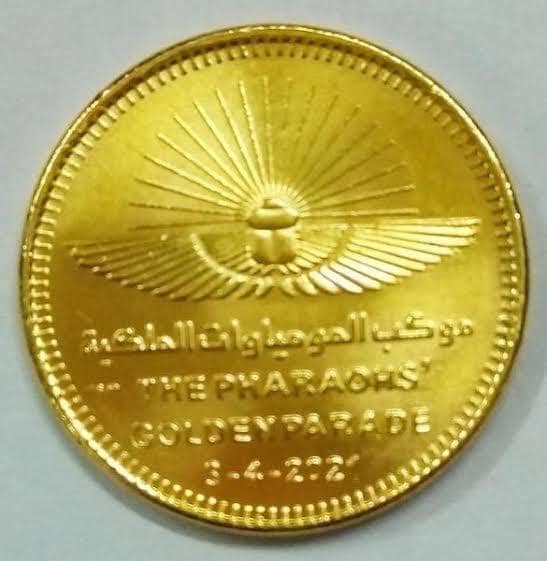 One of the commemorative coins - Min. of Tourism & Antiquities

That is in addition to L.E 1 and 50 piasters coins, bearing the same design as the silver coins, in accordance with the Prime Minister’s Resolution No. 20 of 2021.