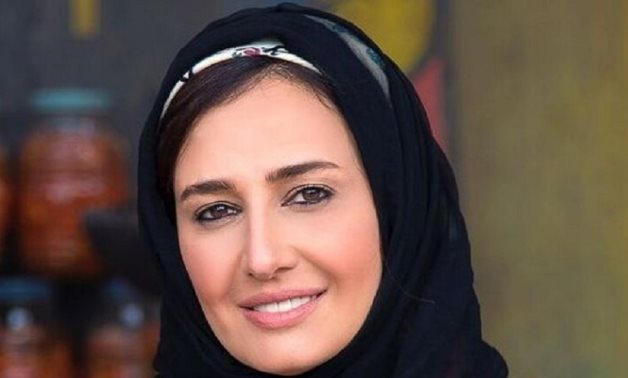 Zaki announced that Shiha has been working during the past two years by a permit from the Syndicate, stressing that after the crisis that she has provoked recently and her announcement that “art is forbidden,” it was decided to permanently write her off from the Syndicate.

The singer and actor Tamer Hosny, embarked on a film entitled 'This Is Not Me' more than 18 months ago with Hala Shiha, but due to the Covid19 panadmic the film release was delayed and only hit our cinemas this month.

As soon as the film's poster and promotion marketing came out, Shiha wrote a post wishing the film crew good luck but declared that she is not part of the film because as she wrote "when I shot the film I was a different person and this is not me now". Hosny didn't comment on this statement.
Things were suddenly escalated as Shiha wrote another post on Instagram attacking Hosny for going back on his word, as she had requested that he removes all the intimate scenes from the film and allegedly he promised her that he will.
A promise that was broken as clips of the film and song showed Shiha in romantic scenes with him.
Shiha, said in her post that she felt ashamed of her scenes and was weeping as she watched them, and went on to remind Hosny that he himself had said in an interview that he doesn't want to die as a singer, insinuating that he wants to repent and doesn't see singing as something that goes with Islamic teaching.
Shiha posted the YouTube link of the interview in her post.
Wrong or right is not our call to make and each one of us have their own values and beliefs but let's examine some facts.
Shiha returned to Egypt and acting few years ago after more than a decade of detaching herself from the acting industry.
She returned with a new look, ditching her hijab, and tried to reclaim her previous life.