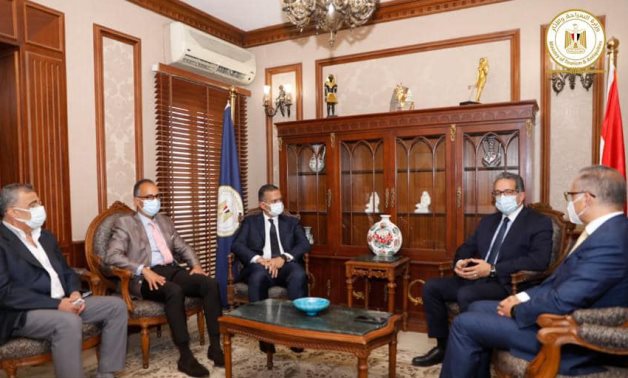 CAIRO – 22 April 2021: Egypt’s Minister of Tourism & Antiquities Khaled el-Enany received, Maged Fawzi, former Chairman of the Egyptian Hotel Association Board of Directors, and Alaa Akil, Chairman of the steering Committee, after the issuance of a decree to form a steering committee to run the Egyptian Hotel Association, headed by Akil and the membership of Hisham el-Shaer, Muhammad Ayoub, Haitham Nassar and Abdul-Hamid Abu Yusef.

This decision came after the Administrative Court ruled to dissolve the Chamber’s previous board of directors to invalidate the Chamber’s elections that were held on October 31, 2018.

Enany started the meeting by thanking Maged Fawzi and the former Board of Directors for all their efforts during the previous period. He said that he appreciated all the work they have done during a difficult period, and the effective role they played in receiving Egyptians who were stranded abroad in Marsa Allam in the onset of the COVID-19 pandemic, when air travel was suspended.

The Minister of Tourism & Antiquities wished success to the Steering Committee in carrying out its tasks and responsibilities in the coming period.

For his part, Alaa Akil emphasized that they will continue work with the same efficiency in a way that contributes to serving the hotel sector.

The meeting discussed the work plan of the Egyptian Hotel Association during the coming period. They also discussed setting a minimum for hotel accommodation prices in Egypt.