55,000 year-old skeletal remains to be exhibited in National Museum of Egyptian Civilization 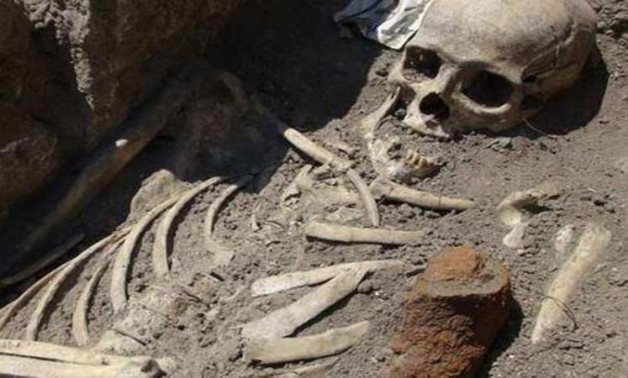 CAIRO – 29 March 2021:  The 55,000 year-old skeleton, which is considered the oldest skeleton in Egypt, will be exhibited in the National Museum of Egyptian Civilization. It has been displayed in a temporary exhibition at the Egyptian Museum in Tahrir for a month.

According to the statements made by Secretary General of the Supreme Council of Antiquities Mustafa Waziry, the National Museum of Egyptian Civilization will also display a skeleton of an Egyptian mummy that is more than 35,000 years old, for a person who was 17 to 19 years old at the time of his death. “It is the second oldest human skeleton in Egypt, and was found in Nazlet Khater,” said Waziri during a phone call to the program “El-Masaa Maa Qaswaa” broadcast on TeN TV.

Scientists called him "Man of Nazlet Khater", in reference to the place where his bones were discovered, in the village that bears the same name. It is located 12 kilometers from the city of Tahta in the Sohag Governorate (southern Egypt).

The remains were discovered by the Belgian mission operating in Egypt during excavations in the village in 1980. The expedition transferred his bones to Belgium for study, restoration and assembly into a complete structure.

Studies conducted on the remains revealed many facts about the skeleton’s owner and the environment in he lived. He belongs to the Upper Paleolithic Age, and he used to work in a quarry to extract gravel, which was used at the time to make stone cutting tools. His remains were found buried in a hill adjacent to the quarry with his axe, which is a cutting tool from the horns of animals, especially antelope and deer.

“The oldest skeleton in Egypt is about 55,000 years old, and belongs to a child who reached the age of 10 years at the time of his death,” added Waziry, revealing that it was discovered in Qena.