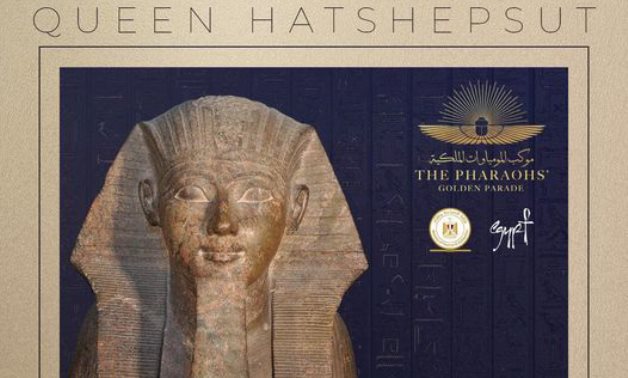 CAIRO – 24 March 2021: Queen Hatshepsut, Daughter of King Thutmose I, is dubbed the “Foremost of Noble Ladies”.

Hatshepsut’s achievements as a powerful queen and then a ruling pharaoh have made her one of the most famous figures in ancient Egypt history.

She was married to her half-brother, Thutmose II. Hatshepsut became Egypt’s regent, a monarch in all but name.

For several years, she ruled the country on behalf of her stepson. In ancient Egypt, a woman could not become pharaoh.

Hatshepsut, as the daughter of one pharaoh and the wife of another, claimed the purest of royal blood and soon declared herself pharaoh.

Her mummy was discovered in 1903 in tomb number KV 60 in the Valley of the Kings in Luxor.

Don’t miss the journey of the 22 royal mummies in the Pharaohs' Golden Parade on April 3, 2021.