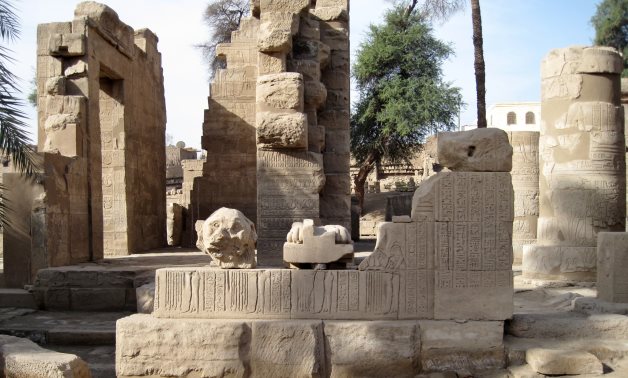 CAIRO – 2 February 2021: The Cabinet approved allocating 1,247 feddans to establish a resort in Luxor's Al Tood Hill having a temple dedicated to ancient Egyptian God of War Montu in a bid to boost tourism in Upper Egypt's governorates rich in archaeological sites.

A group of bloggers from Ukraine who have large number of followers on social media have visited Luxor in January.

After visiting Hurghada in Red Sea, the bloggers headed to Upper Egypt’s Luxor, where they enjoyed a tour to Karnak Temple, Al-Kabbash Road, and the complex of mortuary temples, Deir el-Bahari, which is located on the west bank of the Nile. They concluded their visit with a Nile cruise, where they enjoyed the warm sunny atmosphere, and the picturesque nature of this charming city.

The Ukrainian bloggers’ one-day trip to Luxor come as part of the introductory visit organized by the Ministry of Tourism during the period from January 17 to 24.

Then they returned to Cairo, where they visited Citadel of Saladin, Giza Pyramids, Saqqara archaeological area, where they toured Djoser Pyramid, the Serapeum of Saqqara and some ancient tombs in Giza.

The Ukrainian bloggers expressed their happiness with the “enjoyable” visit, highlighting the feeling of safety they felt amid strict application of precautionary measures at all hotels, museums and archaeological sites. On the other hand, they documented their visit by taking pictures and publishing them on their social media platforms.

The Egyptian Tourism Promotion Board, stressed the importance of this visit to promote Egypt in one of its main tourism markets.

It is worth noting that the flights coming from Ukraine were among the first flights that Egypt received since the resumption of the inbound tourism early July.