US antitrust crackdown on Amazon? Not so far 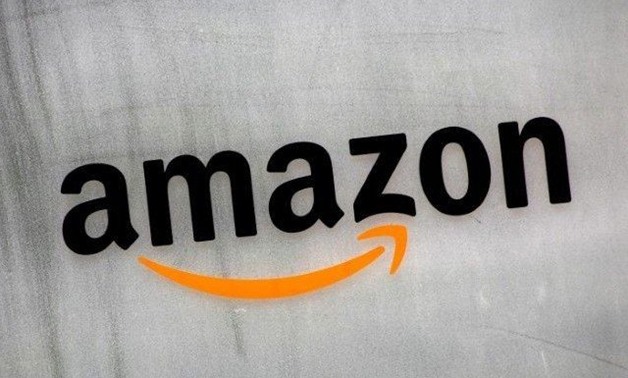 Regulators have shown little appetite for taking on Amazon which has expanded into a marketplace for everything. PHOTO: REUTERS

New York - 2 July 2017:US antitrust regulators have shown little sympathy thus far for the plight of brick-and-mortar retailers attempting to merge as a way to survive, as Amazon and e-commerce roils the world of shopping.

The Federal Trade Commission last year blocked Staples' attempt to buy rival Office Depot, rejecting the stationary chains' arguments that they were fighting for survival against a growing set of competitors, including Amazon.

The FTC also balked at Walgreens Boots Alliance' attempted $17.2 billion acquisition of rival Rite Aid, even after revisions. In the end, the companies on Thursday spiked the merger in favor of a pared-down transaction.

But regulators have shown little appetite for taking on Amazon as it has expanded from an online bookseller into a marketplace for everything from household cleaners to fancy electronics, as well as a purveyor of critically-acclaimed and hit movies and television series.

Some are calling for tougher action from President Donald Trump, who said during the presidential campaign that Amazon chief executive Jeff Bezos has a "huge antitrust problem."

Last week, Trump issued a cryptic tweet that appeared to question whether Amazon was paying enough taxes. Trump has also taken issue with the Bezos-owned Washington Post, which has aggressively covered the White House.

Estimates vary sharply as to Amazon's exact share on e-commerce. Some reports have said Amazon's share of the online market is as high as 50 percent, but others put the figures much lower. Critics say Amazon should be required to disclose more detail about its sales.

"They dominate retail online," Lynn said. "That's huge power across the part of the economy where all the future growth will be."
And longtime consumer advocate Ralph Nader said, "With every move of this Goliath, Amazon is inviting a thorough anti-trust investigation."

"This company is breaking records for destroying Main Street and hollowing out communities through such mechanisms as predatory pricing, and for many years in the past, avoiding state sales taxes."

Yet some experts are skeptical of an antitrust case against Amazon.
"It's not an antitrust violation just to be dominant. You have to perpetuate or attain your dominance through anticompetitive means," said Daniel Crane, a professor at the University of Michigan Law School specializing in antitrust.
"Under current US antitrust principals it's hard to see how anything Amazon is doing really is a violation of antitrust law. It's not obvious to me."

Attorneys representing Staples and Office Depot said the plight of the companies resembled "penguins on a melting iceberg" as they faced the looming threat that "Amazon Business" poses as competitor in business-to-business office goods sales.
But US District Judge Emmet Sullivan sided with the FTC, ruling in May 2016 that there was not enough evidence that Amazon "is likely to restore lost competition in the business-to-business space in a timely and sufficient manner."

While Amazon enjoyed "several undisputed strengths," including brand recognition, cutting edge innovation and global reach, it has "several weaknesses" in entering the market, including that it has not made many bids in the market and had yet to win a primary vendor contract.

On Wednesday, Staples agreed to be bought by private equity firm Sycamore Partners for $6.9 billion.

The FTC also set up roadblocks to the Walgreens-Rite Aid, resulting in numerous delays. The pharmacies had emphasized growing competition from supermarkets and discount chains like Wal-Mart, as well as the increased presence of mail-order drugs.
The FTC said Thursday it would review the revised transaction, under which Walgreens Boots will buy about half the Rite Aid stores (2,186) for $5.2 billion.

But Walgreens chief executive Stefano Pessina downplayed speculation Amazon will become a dominant player in pharmacies, suggesting some commentators are overreacting to its entree into brick-and-mortar retail with Whole Foods.

"I have found this reaction, as I said, emotional and with all due respect, not rational," Pessina said in a conference call with analysts Thursday.

"Because if you analyze this coldly, you will see that this is not the best opportunity for Amazon."
While the Whole Foods deal has amplified calls for tougher scrutiny, Pessina said it is just another example of how the market changes.
And analysts are skeptical the deal will be blocked.

"Whole Foods has less than a two percent share of grocery and Amazon is really a non-player in grocery, so there's really no case to answer," said Neil Saunders managing director of GlobalData Retail, a consultancy.