Why did the Central Bank of Egypt prevent travelers from carrying more than LE 5,000? 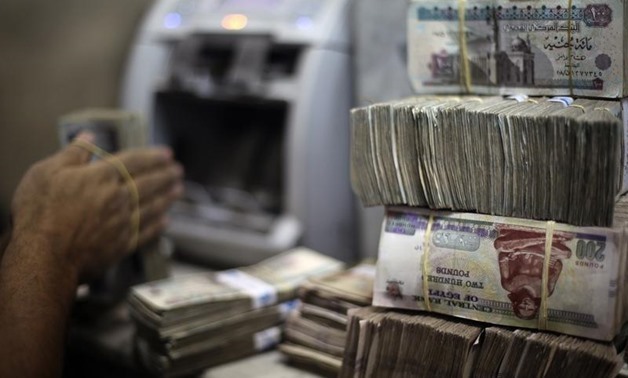 CAIRO -5 October 2020: In the past few days, the Egyptian capital market witnessed a series of moving decisions taken by the Central Bank. These included stopping the issuance of certificates with higher interest rates for "IbnBaladi",reducing the interest rate in banks and approving a law that bans the transfer of Egyptian funds ofmore than LE 5000 to departures and returnees. What is the purpose of this law?

"The state seeks to complete all day-to-day banking operations by using bank cards, not by carrying cash," said HananRamses, an expert in the Egyptian financial markets.

Ramsis added to Sputnik that one of the aims of this mechanization is to restrict the sources financing terrorism and money laundering, as the world witnessed in the last period the involvement of some international banks in money laundering operations.

Egypt has come a long way during the past years and imposed many severe penalties in its money-laundering laws.

The money market expert continued, “It is known that third world countries, especially African countries, were targets for those wishing to launder money through concluding corruption deals, but the Egyptian state is completely different from other countries, as it imposes action in an approach characterized by transparency and disclosure and a kind of clarity. The vision is to attract foreign investment from abroad.

The more the country rose in terms of terrorist financing and money laundering, the more the world saw that Egypt was able to confront the files that were difficult to face in light of the changing circumstances related to the Middle East region and the geopolitical changes in it.

Ramses indicated that President Abdel Fattah El-Sisi said that he would eliminate corruption in all its forms and types, and that the law would prevail throughout the country to change the perception that prevailed in Egypt throughout the past periods according to which Egyptians are adept at circumventing the law.

This opinion began to change and the Egyptian citizen began to feel the imposition of strict penalties and laws to regulate the legal and representative life in Egypt.

“The Central Bank’s decision to specify LE 5,000 that can be carried by those leaving the country, and the same amount for those arriving, means that tourism arrivals do not need large sums of Egyptian cash, given that theycarryapproved travelers checks or international payment cards.

As for those departing from Egypt to other countries, the laws of the countries they will go to will be applied to them, and therefore the Egyptian currency in those countries will not be meaningful, as the bank transfers money to you anywhere via Visa cards, to protect the citizen and the Egyptian currency, which, during the past days, achieved record highs against currencies and was able to stand against the dollar, the strongest currency in the world, in light of the emerging coronavirus.

For his part, Egyptian economist Abdel Khaleq Farouk said that most of the decisions issued by the Central Bank or the monetary authority are characterized by some confusion and lack of clarity of purpose, adding that there is ambiguity in transmitting the image to the citizen.

The Board of Directors of the Central Bank - in its meeting heldSeptember, 29, 2020, set an amount of LE 5000, as a maximum as a maximum allowed sum with travelers.

This comes within the framework of activating the new law of the Central Bank and the banking system promulgated by Law No. 194 of 2020, which decided the terms of reference of the Central Bank Board of Directors to determine the maximum number of banknotes allowed to enter or exit with travelers from Egypt.

It is worth noting that the amount of LE 5,000 decided by the Central Bank is the same amount that has been decided since 2003 in accordance with Article 116 of the Central Bank and the Old Banking System Law.