Egypt rises in communications, IT under Sisi

By: Egypt Today staff
CAIRO – 29 June 2017: The Ministry of Communications and Information Technology released a report Wednesday of all projects executed over the past three years during the first term of President Abdel Fatah Al-Sisi.

The ministry highlighted that developing the communications sector is a prerequisite to digitizing the economy and achieving strategic goals.

The Egyptian communication sector achieved unprecedented growth - 11.5 percent - in its history in the fiscal year 2016/2017 with exports exceeding of $1.87 billion contributing in the economy by 3.1 percent.

Communications Services Axis
The four mobile network operators (Orange, Vodafone, Etisalat and Telecom Egypt) were granted new 4G frequency bands. The bands of each company will be close to each other which will speed up service. That has generated revenues of $11 billion, plus LE 10 billion.

The state owns 80 percent of Telecom Egypt’s shares. The company started to provide mobile services in 2016 and its capital spending amounted to LE 4.73 billion contributing to the state’s treasury by LE 8.22 billion out of its revenues of LE 14.13 billion.

The ministry has also developed and expanded the communications network in Egypt to include uncovered areas and to improve the speed and quality of services.

Information Technology Development Axis
Egypt ranked first in outsourcing services for 2016 in the annual international competition organized by the Global mobile Suppliers Association (GSA). What’s more, Egypt was given better evaluations in reports issued by global consulting companies in 2016 and 2017, such as Gartner, Frost & Sullivan and Oxford Business Group.

The Information Technology Industry Development Agency (ITIDA) collaborated with the German Outsourcing Association to put a guide for investors on outsourcing services provided in Egypt displaying its competitive advantages and success stories of current investors.

Throughout the last three years, many foreign companies working in the communications and information technology sector benefitted from FDI support programs, and Export IT support programs implemented.

Spreading Technology Zones in all Governorates
The project was launched in 2015 and will finish by the end of 2017 securing 15,000 job opportunities. Two technology zones are under construction in Sadat City in Menoufia governorate and in New Beni Soueif City in Beni Soueif Governorate.

Economic activities in those zones are exempted from customs and tariffs, in addition to other benefits granted by law.

The City of Knowledge
It is a city stretching on a space of 300 feddans (1 feddan equals 1.038 acres) comprising research and entrepreneurial centers. The city is under construction and will contain branches of technology universities and technology training institutes.

Supporting Technological Innovation and Entrepreneurship Programs
Physical and virtual incubators are being established in addition to granting funds ranging from LE 120,000 to LE 180,000. Four incubators were finished in the governorates of Assiut, Alexandria, El Minya and El Mansoura.

Many innovation and entrepreneurial support competitions and programs were held last year, such as Innov Egypt, in which 400 students participated.

Training and Employment
A framework has been set to identify the skills and qualifications necessary for each profession in the domain of information technology and communications in order to design educational and training programs focusing on technical, language, and communication skills.

Three classes have graduated in the last three years from the Professional Training Program delivered by Information Technology Institute where new professional training sessions have been introduced. Another training program was launched targeting graduates of technical colleges and diplomas of all specialties, where 3,500 are enrolled.

Presidential Initiatives
In 2015, the Egyptian president launched two initiatives during the Cairo International Communications Convention and Exhibition Center (CICC). One is for designing and manufacturing electronics. The other is for future technology pioneers.

For the first initiative, technological zones experienced an increase last year in the flow of local and foreign investments to establish factories, companies’ headquarters, and innovation centers. It is expected that the first Egyptian cell phone device will be released by the end of this year.

The initiative “Egypt Manufactures Electronics” aims to decrease imports and increase exports of electronics as well as increasing national income and creating 25,000 jobs by 2020.

The “Future Technology Pioneers” initiative comprises 16,000 trainees in collaboration with giant global institutions and companies. The first phase ended by training 732 participants, and the second phase will start soon with 2,000 participants for advanced technologies.

There have been other presidential initiatives as well. The “Inclusion and Empowerment of the Disabled” initiative aims to deploy communications and information technology sector to provide educational and health care services to the disabled as well as increasing their ability to penetrate and be integrated in labor market.

Furthermore, Egypt aspires to be a regional centre for assistive technology in the Arabic language.

In that context, 6,000 teachers in 503 schools comprising 60,000 students with special needs have been trained in addition to 900 citizens to enter the job market. A third of them were employed, and 200 received an International Computer Driving License (ICDL), a computer literacy certificate.

Forty-eight training centers for disabled citizens were established and 66 others are under construction granting 20,000 training opportunities.

The Regional Centre for Communications and Information Technology for the Disabled was established. Egypt received the first place for two consecutive years in the World Conference on International Telecommunications (WCIT). Egypt was among the ten countries winning the Zero Project award in 2017 for the most innovative employment policies benefitting the disabled.

Other achievements:
There has been advancement in digitizing civil services assumed by the state, such as social housing applications, subsidies cards and others.

Egypt established the Supreme Council for CyberSecurity comprising the Ministry of Defense, Ministry of Interior, the Ministry of Foreign Affairs, and other sovereign entities as well as representatives of institutions responsible for the infrastructure.

The cyber security strategy has been set by the council and will be submitted to the cabinet soon. In 2017, the International Telecommunication Union (ITU) ranked Egypt 14th among 194 countries in cyber security readiness. 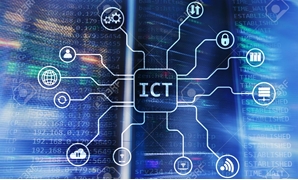