By: MENA
CAIRO - 13 February 2020: Prime Minister Mostafa Madbouli Thursday affirmed the importance of promoting cooperation with the European Bank for Reconstruction and Development (EBRD) during the coming period in the seawater desalination projects.

During a meeting with EBRD Vice President Alain Pilloux, in the presence of International Cooperation Minister Rania el Mashaat, the premier hailed the current cooperation with the bank.

Pilloux hailed the performance of Egypt's macroeconomic indicators along with the monetary and financial stability achieved by the country's economy as a great achievement, said Cabinet Spokesman Nader Saad.

Egypt is the largest recipient of the EBRD investments with a dollar 1.3 billion portfolio that encompasses privates sector as well as SMEs projects, Pilloux added.

The EBRD official praised recent cooperation with Mashaat that is envisaged to have a positive impact on the future cooperation between Egypt and the bank. Egypt suspends shows in cinemas, theaters amid fears of COVID19 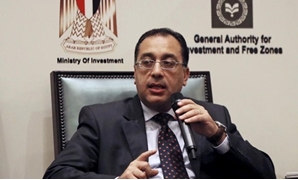