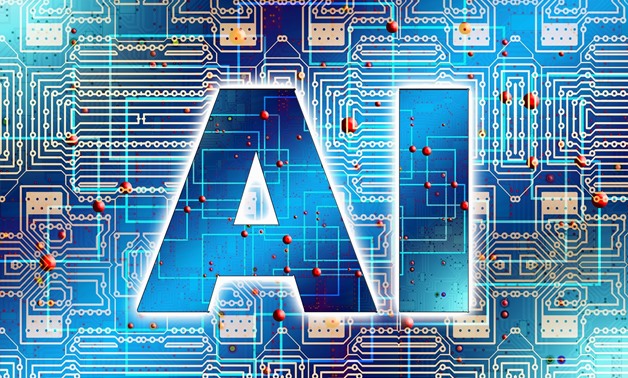 CAIRO - 12 February 2020: "We are entering the cognitive age. Over the next 25 years, advanced AI [Artificial Intelligence] will be the central element of digital transformation that fundamentally changes how businesses operate,” Executive Vice President of global consulting firm Protiviti, Cory Gunderson, once said.

Protiviti argues in a report that artificial Intelligence (AI) and Machine Learning (ML) are poised to help companies make dramatic shifts in performance, shareholder value and business development within the next two years.

“AI opens the door to analyse massive amounts of data and deliver critical insights that organisations across a wide variety of industries can use to improve processes, drive profitability, and increase their competitive advantage,” it stated.

The research concluded that companies leading the charge with advanced AI are finding that it is a real game changer, while companies that are still lagging behind will soon experience a major disadvantages.

Investopedia defines Artificial intelligence (AI) as the simulation of human intelligence in machines programmed to think like humans and mimic their actions; moreover, it is certainly game-changing technology. The term may also be applied to any machine exhibiting traits associated with a human mind, such as learning and problem solving. The ideal characteristic of artificial intelligence is its ability to rationalize and take actions that have the best chance of achieving a specific goal.

Artificial intelligence is based on the principle that human intelligence can be defined in a way that a machine can easily mimic and utilize to execute tasks, be they simple or complex.

One of the most famous results of AI is the Sophia robot which visited Egypt in 2019. It is a social humanoid robot developed by the Hong Kong-based Hanson Robotics. It made its first public appearance at South by Southwest Festival in mid-March 2016 in Austin, Texas. Since then, Sophia has participated in many high-profile interviews and been exposed to extensive global media. In 2017, Sophia became the first robot to receive citizenship of a country and the first non-human to be given a United Nations title. According to the manufacturer, David Hanson, Sophia uses artificial intelligence, visual data processing and facial recognition. With all of the evolutions and benefits of AI, Egypt started its own forward-looking steps towards AI with the target that AI composes 7.7 percent of its gross domestic product (GDP) in 2030.

Egypt ranked 111 out of 194 countries in the latest Government Artificial Intelligence Readiness 2019 report (pdf) published by Oxford Insights, which ranks countries based on their ability to harness AI to deliver better public services, looking at existing infrastructure, skills, and governance.

Earlier in 2019, Minister of Information and Communication Technology Amr Talaat announced that his ministry is working to set a strategy for artificial intelligence (AI), “We are very late, but late is better than never. Other countries have already looked forward in this route and we are due.” “We have to make sure that the private sector has access to existing data and the capability of leveraging these existing data,” he said.

As a result of this strategy, Egypt inaugurated the first ever artificial intelligence (AI) faculty in Kafr El Sheikh University. The class of 2019/2020 is its first as it accepts students who had math as concentration in high school. The AI faculty offers a bachelor’s degree in industrial sciences, and the duration of the study is four years.
Kafr El Sheikh University President Maged al-Kamary said that the new faculty was established in collaboration with the UAE’S Hamdan Bin Mohammed Smart University (HBMSU) to produce skilled labor in the smart systems sector.

Kamary clarified that the university seeks to introduce modern specializations such as nanotechnology, AI, internet of things (IoT) and human development. That is in addition to adopting new teaching methods that are interactive and rely on digital technology. Egypt aims for AI to compose 7.7 percent of its GDP by 2030, the Kafr El Sheikh University president clarified.

Kafr El Sheikh University encompasses 22 faculties, and was founded in 2006. HBMSU is the first e-University in the United Arab Emirates, and was inaugurated in February 2009, by the President of the University and the Crown Prince of Dubai, Sheikh Hamdan Bin Mohammed Bin Rashid Al Maktoum. The institution follows a blended learning methodology, where different delivery techniques are combined to deliver a particular course, including face-to-face classrooms, online classrooms, and self-paced learning. The university is based on the “Lifelong Learning” model that provides all of its professional programs through certification routes to progress on to a career path in various sectors.

On the same note, Minister of Higher Education and Scientific Research Khalid Abdel-Ghaffar stated earlier that the government plan includes establishing new AI colleges and eight computer and information faculties, in addition to investing in sending Egyptian students to study AI at institutions around the world.

Moreover, the Egyptian Cabinet approved in November a draft resolution on establishing a national council for artificial intelligence.

The national artificial intelligence council will be chaired by the communications and information technology minister, grouping a number of ministers and heads of several concerned bodies.

The new national body will be responsible for outlining the national strategy for artificial intelligence and overseeing its implementation in a way that copes with international developments in this field.

The council will be authorized to cooperate with the related regional and international bodies as well as to select the best artificial intelligence applications that could help offer safe, sustainable and smart services.

Despite these efforts, “It is still very early days for AI in Egypt, and the country has a long way to go before it can emerge as one of the AI innovators in the region,” says Saurabh Verma, business head of ICT & Digital Transformation at global consultancy Frost & Sullivan.

Executive director at professional services firm Grovelands, Chris Hafner, tells the press that while the current state of AI development and expertise in Egypt is at best nascent, there is room for much opportunity.

“There is tremendous opportunity to fill a huge void in AI – to cross the language chasm between English and Arabic. Much of what we see is language limited,” Hafner states.

Moreover, founder and CEO of fonYou Fernando Nunez-Mendoza said in press statements that the Egyptian market is very open to AI initiatives. “Our customers, mobile operators, are keen to explore the evolution of the technology with us by actually deploying it. And when they see what AI can do in the context of their business, there’s a lot of excitement about its potential,” he noted.

FonYou is working with a mobile operator in Egypt to automate and deliver personalized sales opportunities with their customers. “The offer is personalized to the customer, based on their purchase history and preferred communication channels,” he said.
In Egypt, like everywhere else, the shortage of AI experts and AI-literate managers will be the real limiting factor for the widespread adoption of AI, Nunez-Mendoza said. This is the reason FonYou is delivering an AI-as-a-Service platforms for customers, meant to accelerate the impact of the emerging technology.

On the other side, Hafner believes that the greatest risk for Egypt is success in the vision of training up Egyptians in AI – if they succeed, they risk a ‘brain- drain’, with the great talent they have invested in leaving Egypt for Dubai, Singapore, London, or San Francisco. He also believes that Egypt needs a primary education plan to feed these higher-education aspirations.

Co-founder and Managing Director of intelligent microfinance enabler Microsafe, Sherif El-Diwany told Business Today Egypt that cadres don’t feel appreciated in their own countries, and that’s often the cause of the brain drain.

Though redirecting the compass towards AI and by having different departments at the university level teaching AI, in addition to the political will of enhancing opportunities in the field, Egypt can achieve the goal of improving its AI field.